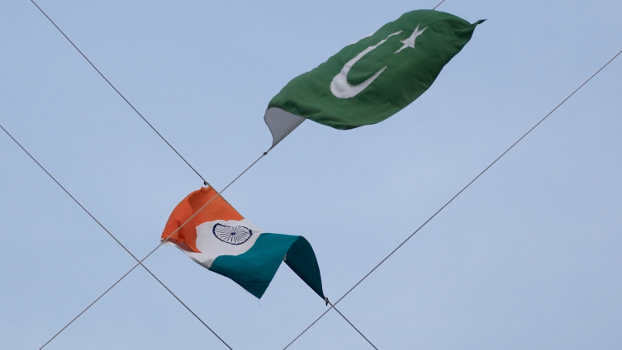 There has been a fundamental change in the way interstate relations are being conducted in modern times. The nature and working of diplomacy between and among states has undergone some significant changes over the last two decades. Traditionally, diplomacy was only managed by professionally trained elite groups of diplomatic functionaries operating at state to state level through official means, which would usually range from official and non-coercive measures such as good offices, facilitation, mediation and peace keeping to more coercive measures like power-mediation, sanctions, peace-enforcement and arbitration.[1] However, in the contemporary world, management of interstate and international relations has expanded to include a number of new forms of diplomacy in which multilateral and non-state agencies, groups, think-tanks and private institutions have come to play a very important role in relations among states and global society at large. This is generally known as non-official diplomacy. Track Two diplomacy (also written as track-two diplomacy, Track II diplomacy, and second track diplomacy) is part of this non-official diplomacy.

Track Two diplomacy pertains to policy oriented discussions that are non-governmental, informal and un-official in nature, but which are quite close to governmental agendas and often involve participation of the people who are close to governmental quarters and influential in policy matters, such as retired diplomats, retired civil and military officials, public figures, and policy analysts. On occasions it may also involve the participation of government officials in their private capacities.

The concept and practice of ‘Track Two’ diplomacy as a conflict resolution and conflict prevention approach originally emerged during the Cold War between the USA and the Soviet Union.[2] Since then, it has been used as an important tool to advance the dialogue process among parties in dispute in many conflict zones across the globe, for example Israel-Palestine, Northern Ireland—Great Britain, India-Pakistan, and so on. The Track Two process is a more comprehensive and broader approach, encompassing a variety of non-official dialogues between members of adversary groups or nations which aim to develop strategies, influence public opinion and organise human and material resources in ways that might help to resolve conflict. The exponents of Track-Two diplomacy value the psychological and cultural awareness associated with the Track-Two dialogues in addressing the human aspects that are appropriate in a workshop setting and in similar activities, but which tend to create difficulties in official processes. The agenda of Track-Two work is fluid and responsive to the psychological and systemic barriers to conflict resolution, thus overcoming them. Moreover, Track Two proponents are of the view that such unofficial initiatives broaden the range of participation in the dialogue process among the antagonist groups, allowing consultation with parties that need to be represented but are not officially involved. In fact, it is now quite widely recognised by Track One diplomats that it is unlikely that modern day conflicts can be resolved without the cooperation of Track Two diplomacy, as it helps in easing the various barriers between adversarial groups.

Given its focus on both fostering relationships and on strengthening civil society, Track Two is especially useful with regards to India and Pakistan. India-Pakistan relations have been intricate and strained following independence from British colonial rule in 1947. It is a well-established fact that over the last six decades both nations have remained at logger-heads with each other, primarily because of the political dispensation of the Jammu and Kashmir problem[3]. The two countries have always used their substantial resources to outwit  each other, economically, diplomatically and militarily. Three full-fledged wars in 1947, 1965, and in 1971, the first two explicitly over the Jammu and Kashmir issues, were fought between the two countries.  In addition, there have been a number of serious but localised military confrontations, for example, Operation Meghdoot (1984), Operation Brasstracks (1986), and a small-scale war at Kargil (1999). During the rest of the time, the relationship can be at best characterized as a state of Cold War or Cold Peace. The relationship between the two states came to its lowest point in 1989-90 with the eruption of militancy in Kashmir. It was believed in India that Pakistan had a direct role in supporting cross-border militancy first in Punjab and then in Kashmir, creating a dangerous and explosive situation in the region. Simultaneously, the two nations sought nuclear parity. It was subsequently late in 1998 that both India and Pakistan exploded nuclear devices; on 11 and 13 May at Pokhran and 28 and 30 May at Chagi in 1998, respectively.

The failure to achieve substantial progress on issues confronting the two countries made a strong case for unconventional diplomacy, particularly in post-1990 situation when violence in the state of Jammu and Kashmir became a medium of asserting political will. Prevailing tensions between the two nuclear states became a genuine cause of alarm to the international community and for citizens of the two states, each with much to lose in an escalated conflict. It was in this context that the Track Two initiatives began to be mobilized and used to influence the relations between India and Pakistan in a positive direction.

The first prominent Track Two initiative between India and Pakistan was the Neemaran dialogue that took place under the auspices of the United States Information Services (USIS) in 1990 and was later joined by American foundations and German nongovernmental organizations (NGOs). Its first meeting was held in Neemrana Fort in Rajhasthan, India in October 1991. The group was comprised of former diplomats, former military personnel, media persons, NGO workers and academics from India and Pakistan. Since then, there has been a significant increase in the number of Track Two initiatives between India and Pakistan. Of late, some new such initiatives have started, such as the Chaophraya Dialogue, the WISCOMP annual workshop, the Pugwash Conferences, Ottawa Dialogue, and so on.  There exist more than twelve highly institutionalised Track Two groups, as well as over twenty other people-to-people exchange programmes operating between the two nuclear powers[4], with both external and internal funding.

However, given its western origin there have been varied views and opinions vis-à-vis the role and relevance of Track Two diplomacy in the South Asian Context. Critics generally argue that the various non-official dialogues-particularly Track Two initiatives-have largely remained confined to the quasi-official realm with a few retired government officials, both civil and military, dominating most of the activities. The situation becomes further complicated as most of these people have represented their governments at some point in time, and thus they tend to adopt positions very similar to those of their governments once the core issues come to the fore.[5] Furthermore, given the prolonged hostile atmosphere between India and Pakistan, questions and queries over the role and relevance of Track Two dialogues have intensified. The ‘track two’ activists, however, hold the view that it is a useful and effective conflict management mechanism. For instance, it has led to increased understanding and a prevention in escalation of tensions. Moreover, it may help resolve on-going disputes by preventing the emergence of new disputes, as well as build confidence between the parties involved. A general consensus has evolved among many scholars and peace practitioners that the Track Two diplomacy between India and Pakistan has been able to:

Just a few years back, it was taboo in both India and Pakistan to discuss peace and reconciliation with each other. Contrary to that, the situation has significantly changed. Government as well as civilians on both sides of the border have recognised the pros and cons of peace and conflict. There is a very strong realisation among civil society groups operating on either side of the border that the costs involved in maintaining animosity against each other are much higher than any gains from the current hostile situation. At a time when the relations between India and Pakistan have lurched from crisis to crisis, Track Two has been able to sustain an element of unbroken engagement. For example, immediately after the Kargil crises [6]in late 90’s, when the interactions at the official level completely ceased to exist, several dialogue processes through Track Two and other unofficial means were in progress to prevent exacerbation of the situation. Similarly, after the 2008 Mumbai terror attacks, despite complete suspension of official diplomatic relations, many Track Two initiatives were pursued by the two governments to ease tensions and resume a state of normalcy.

Despite some of the limitations and constrains within which Track Two diplomacy operates, it has been an important medium to explore new policy options between India and Pakistan. It has acted as a platform upon which to have discussions about many contentious issues such as Kashmir’s political dispensation, demilitarization of the Siachen glacier, and cross border terrorism. It has been helpful in bringing down the psychological barriers, bridging the cultural differences, promoting mutual trade and developing an atmosphere conducive to the betterment of the region. Furthermore, the bilateral Track Two dialogue processes have also played a pivotal role in bringing key issues to the forefront and applying intellectual capacity and civil activism to broad policy stalemates where the state has essentially failed. While non-official diplomacy should not be a panacea for the mistrust amassed over decades of hostility, it provides a unique opportunity for the citizens of India and Pakistan to prevent the bitterness of the past from tainting the future. The future role of Track Two in South Asia may be minimal without a concurrent improvement in relations at the official level, as a sustained multi-faceted dialogue will help build confidence and prove constructive for both sides’ perceptions of one another. This in effect will ease domestic tensions and hostility and pave the way for enlightened political action.