Note: This creative submission is a sister piece to the critical article, Antinomies of Neighborliness. The two submissions are meant to be viewed in concert.

“To my compatriots, I have no hesitation in saying that each one of us is as intimately attached to the soil of this beautiful country as are the famous jacaranda trees of Pretoria and the mimosa trees of the bushveld… a rainbow nation at peace with itself and the world” (Nelson Mandela, 1994).

Vistas is a visual project about landscape featuring paintings by Raél Jero Salley and photographs by Jared Thorne.

The artwork focuses on land, farm, territory and ways of seeing in contemporary South Africa. Vistas is interested in land’s relationship to culture, and the exhibition appears with the legacy of the Native’s Land Act of 1913 in mind.

Salley’s paintings approach landscape from different directions. ‘To landscape’ is an active process of making space into place. It involves intersections between historical, aesthetic and concrete forms.

Thorne’s photographs question the ways in which the contrasting demographics of the neighboring Western Cape suburbs Kraafontein and Brackenfell depict the new South Africa.

In articulating a post apartheid vision of the South African landscape, the exhibition challenges romanticized visions of the ‘Rainbow Nation’, and seeks to provoke questions how such visions and views have expanded or collapsed.

By juxtaposing paintings and photographs, Vistas highlights practices of visual representation while looking toward the boundaries, horizons and possibilities of contemporary landscape. 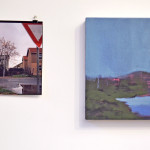 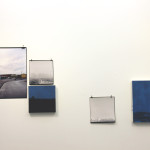 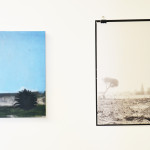 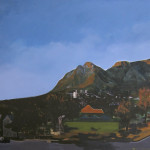 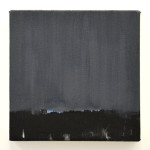 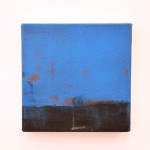 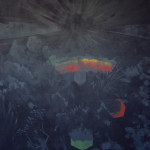 Raél Jero Salley is an artist, cultural theorist and art historian. He holds degrees from The Rhode Island School of Design (BFA), The School of the Art Institute of Chicago (MFA), and The University of Chicago (PhD). His research interests include modern and contemporary art and visual culture, with a focus on Blackness and African Diaspora. Salley is director of ‘the names we give: Art, Culture and Society,’ an interdisciplinary forum for public workshops, scholarly symposia and publications, creative performances and events. Website: www.raelsalley.com

Jared Thorne: As a Black artist, Jared Thorne seeks to investigate the culture of his own people and challenge hegemonic as well as self imposed constructs of Black identity in America and beyond. Recently he has been exploring the diasporic relationship between America and South Africa. Thorne’s work centers on issues of race, social class and gender and engages questions of authenticity, representation, and history challenging the viewer redefine his/her relationship modernity.