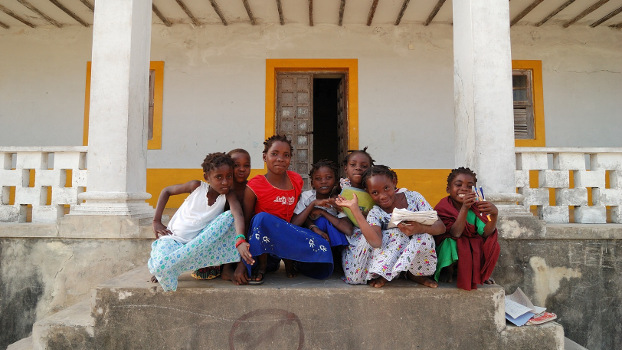 C. Wright Mills’ sociological imagination draws attention to the fact that a number of social connections inform the apparently personal life of the individual. Today, even for those who are not serious observers, it is difficult to ignore the transnational processes and connections whose impacts play out on territorial localities. The ‘globalised’ environment has created social spaces in which local and ‘global’ systems struggle for power and control. The narratives presented in this short piece typify such dynamics in the language domain in Nigeria.

The last time I visited home with my family, my own aging, non-literate parents were disappointed that I was not raising my little son with the English language. As my father carried him—like they often did whenever we were home—muttering words like ‘come here’ and ‘how are you?,’ my mother remonstrated with me to raise him with English in order that he would join his peers to grow with the language. She mentioned other children in the neighbourhood describing how they leaked English like soup.

My parents are part of the many Nigerians who have come to naturally assume that children of today have come in ‘English times’. Their first attempts to communicate with a child are always made in English, no matter how incompetent in the language they are. My friends and relatives always recoil in horror whenever I enjoin them to communicate with my child in our local language. One always sees their shock upon such a charge. And this, perhaps, owes a lot to their disappointment that a person as ‘enlightened’ as I could deny his child such a contemporary necessity as the English language. In this part of the world, I seem to be alone in the attempt to wean the local people of the assumption that English is the language with which children born in these times are condemned to be raised.

Many other Nigerian parents become angry with anybody who speaks their local language to their children. They often present the excuse that since lessons at school are run in English, it would be needful for their children to get used to it at home. When confronted with the fact that children who are proficient in their mother tongue acquire other languages better, they are at loss as to what to reply; but they continue the practice anyway.

Because the authorities have instituted the norm that candidates sitting for senior secondary certificate examinations must pass at least one Nigerian language, one of my Igbo friends who has been raising his children in English has now got an Igbo language home teacher for them. But when the teacher is gone, the family resumes their English. On one occasion, he gleefully expressed his joy that they were learning enough from the teacher to pass Igbo (their own language!) at school. A child of a colleague of mine once told me, “I just don’t like to speak that thing” (as if even the mention of ‘Igbo’ was itself anathema).

The tragic irony in all this is that many Nigerian parents are not competent English speakers. In practice, their children grow up with a mangled knowledge of the language. And because such children set off with the impression that they have already learnt the language at home, they hardly pay meticulous attention at school to learn its rudiments. In my experience teaching undergraduates in Nigeria, I now have little doubts that young persons who perform very poorly in written and spoken English are those who grew up speaking ‘nothing but English.’

Through what is termed ‘linguistic relativism’, linguists make the point that all languages are equal, that no language is inherently better or higher than the other so long as they all serve the communication needs of their owners. It has, in any case, been shown that language can be an effective instrument of power. As people and societies relate, certain groups occupying the more powerful sides of the divide can make their language the medium of access to power and resources. It will become the so-called high language, against the others that will become low. In a way, speakers of the ‘low language’ will begin to perceive speakers of the ‘high’ language as superior or ‘higher’ beings. That is the case today with most Nigerians and the English language. To bridge such an inferiority gap, they make efforts to dissociate themselves from their own local ‘low languages’ in preference for English, the language of their former colonial masters.

As it is, cultures are integrated, patterned systems; changes in any parts do not go without changes in other parts as well. Importantly, it is observable that the way many Nigerian children grow up to perceive their local language as despicable or subpar somehow suggests to them that all things indigenous to them are to be similarly approached.

Chidi Ugwu: Chidi Ugwu is a faculty member in the Department of Sociology & Anthropology at the University of Nigeria, Nsukka.