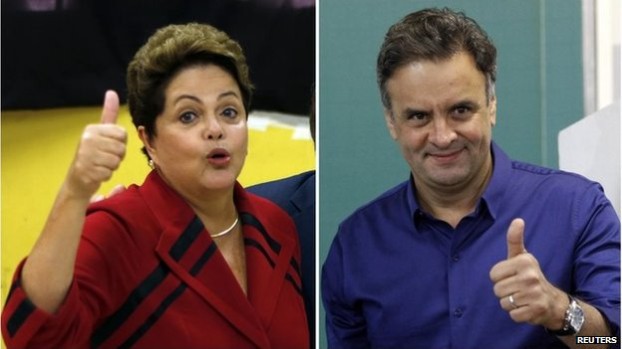 Whenever I am asked about the Brazilian elections, people expect me to say something about the presidential run. It is the only election to which I am entitled to participate as a Brazilian living abroad. But it is only one of five choices voters had to make (voting is mandatory). Every four years for the last 26 Brazilians have voted for state governor and state legislature, a third of the senate, and the 513 representatives in congress. It has been this way since the end of the long and painful transition to democracy that started in 1974 with a warning by the general in charge that it was to be “slow, gradual and safe.”

The key to the safety to which the general alluded is the election of the next congress. Bear this in mind: even though the election in two rounds guarantee the president will get more than 50% of the vote, not a single president since 1990 has had more than a hundred representatives from his own party elected to congress. As a result, every presidency since then has been based on an intricate patchwork of heterogeneous alliances to govern. The relative shortcomings of each of the six administrations since 1990, besides their ideological leanings, are to a great extent the result of a majority which has always been – whether prone to corruption or not – very conservative in congress.

Consider, for instance, the two caucuses primarily identified with conservative causes. The so-called ruralistas or agro-business caucus (a modern packaging for the old landowning class that once ruled the country) and conservative evangelicals are together worth at least 235 votes in congress. Different assessments give the Bancada Ruralista between 159 to 227 congressmen and eleven senators. Calculations for the Bancada Evangélica vary from 73 to sixty-six members of the caucus in congress and three senators. Other notorious right-wing special interests’ groups that have had an important role in specific votes in congress are the Bancada da Bala [“Bullet Caucus”] with 11 members that defend the right to bear arms and the interests of the weapon industry and the bancada da Bola [“Football Caucus”] with 7 members that defend the interests of the national and state soccer federations.

These caucuses, especially the first two mentioned, guarantee that the federal administration, regardless of who wins the election, will do nothing substantially different about land distribution, forest conservation, and the rights of indigenous peoples, women or the LGBT community. The political power of the agro-business caucus has its source in the boom in the international commodities market causing a rapid expansion throughout the flatlands of the Midwest on to the north of the country and the encroachment of large properties growing crops such as soy beans and sugarcane. Evangelicals have, with one notable exception,[1] increased their presence in congress after each election in tandem with the fact that, according to the 2010 census, Protestants make up 42.3 million Brazilians or 22.2% of the population, up from a mere 9% in 1990. They are not as homogeneous a group as most people think: evangelicals make up 65% of these Protestants and are split into numerous antagonistic groups – internal conflict divides even the most powerful of the evangelicals, Assembléia de Deus, with 8.5 million members spread all over the country. They all tend to agree, however, on seeing women’s reproductive rights and LGBT marriage and adoption rights as threats to the foundation of society.

Even though almost half of congress seems to get elected on these platforms, too much proximity with the causes identified with these two groups may hurt a campaign for executive office. The agro-business politicians face rejection outside their political turfs and have become infamous for their positions against campaigns that intend to curb modern slavery or widespread logging while religious and class prejudice compounded with rejection of moralistic conservative activism curtail the political appeal of evangelicals beyond their constituencies. This is a good point of entry into some of the puzzles of this year’s presidential campaign.

After the promise of excitement, for the sixth consecutive time, the two candidates with most votes were candidates from PT and PSDB. Disappointment followed the thrill around Marina Silva, who started this campaign as vice-president in the ticket led by Eduardo Campos until he died in a plane crash in July. She ran a shorter campaign with much less time on TV – since mid August one hour of prime time Radio and TV is reserved daily to all the candidates according to the number and size of the parties that support them. But it is undeniable that, after a sudden rise to first place in most opinion polls, Marina Silva frustrated those who thought she could change the course of the election. Neither did she appeal to a more conservative electorate nor could she differentiate herself from PT, the political party in which she built most of her career. The beginning of her fall might have been when Marina Silva backpedaled on support for gay marriage after she was sternly admonished in a series of tweets by pastor Silas Malafaia. She ended up in third with more or less the same support she had four years ago. Silas Malafaia is one of a few US-style televangelists that vie for the leadership of the powerful Assembléia de Deus, organization for the most part under control of 77-year old pastor José Wellington Bezerra da Costa. The candidate for president officially supported by the elders of Assembléia de Deus was pastor Everaldo Pereira, who received a meager 0.75% of the vote.

Most major Brazilian politicians nowadays play a cynical game of mixed messages that try to please the religious electorate without seeming too close to it. Their powerful sway over an important parcel of the working class urban vote explains the uncanny number of “thanks to the Lord,” for example, in the final remarks during presidential debates. Shady alliances practically guarantee the ruralistas will support whoever wins the election and will be duly rewarded for doing so. Too much proximity with these groups during the campaign may hurt the chances of a candidate running for presidency, governorship or even the senate, but, once the election cycle is over, those 235 plus votes will be awaiting at the negotiating table.

Contrary to the cliché in conversations among disenchanted Brazilians, who say politicians are all “farinha do mesmo saco” [flour coming from the same sack], politicians and political parties are quite different. The five democratically elected presidents [Fernando Collor, Itamar Franco, Fernando Henrique Cardoso, Lula and Dilma Roussef] differ widely in style and substance. Inflation went from 80% a month in 1990 to 6% a year in 2014. The minimum wage was around $100 a month in the 1990s and is now well above $300, which means that one of the most unequal countries in the world has finally done something to reverse a perverse trend of income concentration that had been imposed with the 1964 military coup. But the nature of the accomplishments and shortcomings of these administrations can only be properly understood taking into account the elephant in the room: they all dealt with a reactionary congress, some to their advantage, others, not. This political system seems to have exhausted its capacity for meaningful reform and this perhaps explains the explosion of diffused dissatisfaction that shook the streets of every major city in Brazil in June 2013.

Another cliché claims that whatever is going on “could be happening in Brazil only.” But political crises caused by the seeming incapacity of systems of representative democracy to present real alternatives to the fatalistic mantras of financial capitalism are now the rule rather than the exception all over the world. It is hard not to notice the stark contrast between fierce campaigns led by doggedly opposing political groups and administrations that, by and large, offer more or less the same with slight changes in emphasis. The will to project political antagonism between the three major candidates this year did not obscure that all of them carefully followed scripts written by marketing professionals, who “sell” a left-leaning candidate this cycle and a conservative one in the next. Much is made to obscure differences in new proposals for education and healthcare as well as continuities in anti-poverty and anti-hunger as well as economic policies that point to a complaisant acceptance of the conservative political status quo. While the conservative media insist that corruption is a matter of specific politicians appropriating public funds for themselves, the political system becomes universally corrupt because powerful private economic interests hold a tight grasp on the legislative and the executive on federal, state and municipal levels. The system becomes increasingly domesticated and choices narrow down to different versions of more of the same. The malaise is palpable and fuels the prospect of a Berlusconi-style political apparition or the return of neo-liberal orthodoxy to power.

The angst that permeates the election cycle this year can be summed up by one of the most popular slogans of the 2013 demonstrations: “Contra tudo o que está aí” (Against Everything That’s There). A quick retrospective of those events is necessary. The protests led by a group of daring young activists in São Paulo against inefficient costly public transportation were galvanized by the brutality of the police repression documented in traditional and social media. Suddenly, millions joined loosely organized demonstrations ranging from far-left anarchists to conservatives willing to bring back the military to power. Myriad groups chanted slogans against the World Cup, against the media conglomerate Rede Globo, against the police, against the homophobic congressman Marco Feliciano, against president Dilma Rousseff, against state or municipal authorities. Individuals held placards in favor of causes such as the sterilization of pets, “the army of Jesus,” the end of gun control and road tolls. The only slogans more or less universally accepted were either vague such as Vem pra rua (“Come to the Streets!”) or anti-politics such as Sem partido (“No Political Parties!”). Later at night the customary brutality of the military police was met with violent resistance. Media pundits feverishly tried to give the unrest a definitive meaning and politicians were shaken out of their complacency and scrambled to quiet somehow the unrest. For example, in one of his most pathetic moments, political commentator Arnaldo Jabor appeared on the prime time TV news first to excoriate the protesters as spoiled middle-class brats and then a few days later to hail them as great patriots about to change the country. The media was only truly outraged when some of their own were victims of the violence, first by the police and then by the protesters. A discourse was built around the idea of a clear-cut separation between small left-wing bands of evil-spirited but disciplined vandals bent on the subversion of the order and the good folk that made the bulk of the demonstrations.

Ultimately, fare increases were cancelled and in some places prices were even reduced. Then, an infamous corrupt politician was sent to jail. After a long silence and relative complicity with statewide repressive measures, the federal government decided to propose a thorough reform of the political system to be decided by officials elected specifically for that purpose. Outraged reformers suddenly became savvy pragmatists and vice-versa and absolute nothing substantive came out of it. It seems clear now that the only palpable result of those demonstrations “against everything that’s there” was not a Brazilian Berlusconi, but an even more conservative congress: the equivalent of throwing gasoline to try to put out a fire.

Paulo Moreira completed his doctorate in Comparative Literature at the University of California, Santa Barbara. He is an associate professor in the Department of Spanish and Portuguese at Yale University since 2006. His first book, Localismo Modernista nas Américas: Os contos de Faulkner, Guimarães Rosa e Rulfo, was published in Brazil by the University of Minas Gerais Press. His second book, Literary and Cultural Relations Between Brazil and Mexico: Deep Undercurrents, was published in 2013 by Palgrave MacMillan.