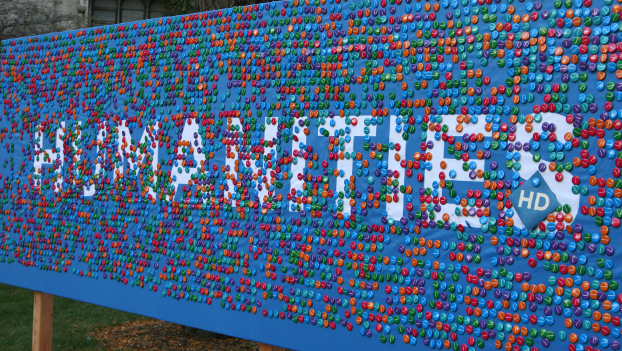 It is no longer possible to ignore the need for public and accessible avenues of discourse and debate. As the university model becomes further aligned with a corporate vision of the value of education—value in the commodified sense, not the value of learning and of critical thought itself—the spaces, both physical and intellectual, in which independent analysis may take place continue to narrow. It is also uncomfortably true that as academe has become a feminized profession, in which more and more women earn advanced degrees, the logic of “love” and “vocation” have been used to justify disparate pay for adjuncts, the decline in tenure track positions, and the general stifling of dissent on both managerial and philosophical issues. The financial interests of institutions keen to survive a changing landscape play a larger role not only in what kind of knowledge and research is rewarded, but what kind of discourse may exist in the first place. Faculty members, and the expertise they possess, have become expendable – a loss to students and society at large.

While academe was certainly never immune to exclusions and privilege, it has also long sought to be regarded as a meritocracy in which “the cream rises to the top.” The pervasiveness of this mentality, in which systemic failure is often assimilated as personal inadequacy, has frequently impeded vital discussions on the fractures within academia. The realities of disparate access to tools of research and cultural production (books, journals, search engines, arts materials, institutional support), according to one’s rank and institution, longstanding difficulties in implementing work-life balance, and the ways in which individual identity is imbricated with one’s standing in a chosen field creates a self perpetuating hierarchy unknown to most outside of higher education. Simultaneously, this inaccessibility of a quality education in many places remains intertwined with the intersection of race and class, failing to provide a means of entry—to both knowledge and opportunity – to populations that most need it. While a typical student is unlikely to recognize or understand the difference between a “Professor” and an “Instructor,” the reality of those distinctions is likely to manifest itself in the time the faculty member is able to spend on teaching and advising, activities that are most crucial to student development. The unfortunate truth is that students may be obtaining an education from a skilled work force that is all too frequently struggling to make ends meet.

Such inequities were always freely recognized in (post)colonial societies, where access to papers behind a journal pay wall or to conferences held in major European or North American centers have long presented a barrier to prominent visibility or achieving diffusion of research. Particularly and most ironically for (post)colonial or subaltern studies, critical debates have often elided or marginalized those they intend to speak of. These dialogues can and often do fail to engage with vital voices whose subject-positions may not be neatly defined within a discursive paradigm. Similar disparities are only recently being recognized as also true across disciplines in the United States, as contingent academic labor becomes a prominent topic, the practices of academic publishing and author rights become cause for increasing alarm, and all forms of knowledge not immediately translating to quantifiable “value” are subjected to suspicion and ridicule – or eliminated altogether.

Nicholas Kristof’s recent editorial, “Bridging the Moat Around Universities,” hits upon the zeitgeist of the moment, as there is general consensus that something is broken, yet he misses many of the structural components that support the distant and disengaged academic body he describes. He also overlooks positive, potentially disruptive elements that are driving change such as the many (primarily digital) efforts being furthered by young and contingent faculty and their tenured allies, or the rising tide of highly capable and educated individuals choosing to leave academe to broaden the conversations around higher education. Indeed, it is in this place of structural fracture that fruitful discourse and knowledge not only survives, but may thrive. Social media and independent publications not only allow but encourage voices that have been marginalized to move from the periphery to the center, and to transcend what may otherwise have been insurmountable structural confines.

It is as a response to this crossroads in academe, and in recognition of and in solidarity with the many engaged academics attempting to build bridges to systems and structures outside of the academy, that The Postcolonialist was created. We seek to create a global, digital space in which the boundaries and constructs of (post)coloniality, as a thought tradition and geographical and historical category, may be deepened and questioned. Moreover, given issues of scholarly access, a greater need for inter-disciplinarity, and fluid disciplinary landscapes, The Postcolonialist endeavors to shift the geography and epistemological direction of critical thought in a way that empowers (de)colonial and broad thinking within academe and far beyond. By featuring peer reviewed work in English, French, Spanish, and Portuguese from across the world (with a particular focus on voices that speak from and of (post)colonial regions), alongside cultural production and analysis in other genres, we aim to provide an open access platform that broadens the scope and reach of academic research, creating vital integration and collaboration with the journalists, artists, writers, and policy makers who impact postcolonial societies. There is a need, and a responsibility, to foster dynamic public intellectual work that supports, furthers, and questions the role of civil society and open debate.

There are many engaged scholars, journalists, artists, and writers validating and (re)claiming the humanities as both public and human. We must support and continue to value—critically, intellectually, and ethically—the contributions of those who work to foster knowledge both within and outside academe. By creating avenues of access and collaboration and by deploying critical thought in alternate, public spaces, we support the role of scholarship and cultural production as integral to and indeed constitutive of societies of the future.

Lara N. Dotson-Renta: Lara N. Dotson-Renta, PhD is the Editor-in-Chief of The Postcolonialist. She is a writer, researcher and editor with an interest in comparative postcolonialities, the usages of popular culture in diasporic identity construction, and the negotiation and creation of national narratives. A native of Puerto Rico, she grew up primarily in the United States and undertook graduate study and research in Europe. She holds a BA in French and Spanish from Dartmouth College, a Master’s in French Literature and Culture from NYU in Paris, and a PhD in Romance Languages as well as a Certificate in African Studies from the University of Pennsylvania. She has published extensively in academic journals and topical periodicals and has presented at numerous conferences around the world. Her academic book, Immigration, Popular Culture, and the Re-Routing of European Muslim Identity, was published by Palgrave Macmillan in the Fall of 2012.