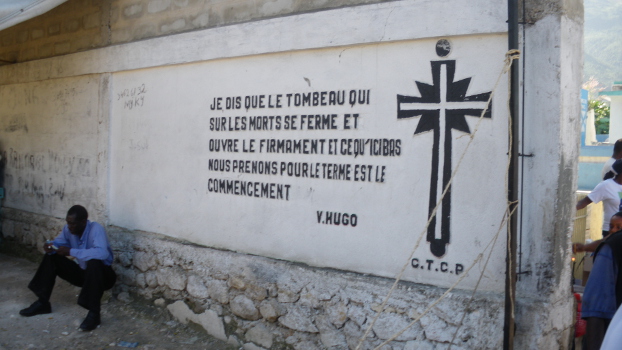 The first Haitians worked to form their nation in an environment of extreme hostility. American states, for example, passed laws to prevent slaves from coming from the Caribbean because they feared the spread of revolt. The French tried to re-colonize the nation for decades.[1] When the French finally recognized Haiti in 1825, it was only after the new nation agreed to pay an “indemnity” that plunged Haiti into debt and economic hardship. From 1825 to 1947, Haiti paid France a sum that some have estimated to be over 20 billion dollars in today’s money.[2]

This hostile environment certainly influenced the development of intellectual life in early Haiti. It was difficult for Haitians to gain respect as authors and thinkers among their former colonizers. Much of what they wrote was in defense and praise of their national independence, which understandably was a status that Haitians viewed as indispensible in a highly colonial world dependent on slave labor.

A long history of prejudice, including accusations of imitation and inferiority, has plagued the reception of early Haitian writing. Thankfully, a growing cohort of scholars is turning its attention to this literary treasure-trove.[3] This post is about one short Haitian play that is a vital and understudied part of this corpus.

In 1841, the newspaper Le Cancanier published a short play titled Mr. Granier and his Assistant Study the Question of Abolition in Basse-Terre. The newspaper was published by T. Bouchereau, giving it a political bent opposed to the president at the time, Jean-Pierre Boyer. The latter negotiated France’s recognition of Haiti, which means that he was also responsible for an agreement that initiated Haiti’s massive debt. Mr. Granier and his Assistant offers a humorous take on the ability of any (formerly) enslaved person to engage in debate with the pro-slavery colonialists, which can be read as a criticism of Boyer, but also a broader statement asserting the futility of any intellectual or political engagement with the French at all.

Jean-Jacques Dessalines declared Haitian independence on January 1, 1804 after defeating Napoleon’s army at the Battle of Vertières in November of 1803. Napoleon’s troops were also sent to Guadeloupe, where the formerly enslaved (slavery had been abolished in all French colonies in 1794) also battled against re-enslavement. The resistance forces in Guadeloupe were, unfortunately, defeated. Guadeloupe stood in contrast to Haiti: the island remained (and remains) under French control, which failed to abolish slavery there until 1848.

Mr. Granier and his Assistant takes place in Basse-Terre, capital of an island that serves as Haiti’s opposite, a place where French control and slavery still exist. Mr. Granier is a Frenchman who travels there with his assistant, Capo, a silent character who does nothing but “take notes” related to his colleague’s observations. Granier’s goal is, supposedly, to study the possibility of emancipation. He meets with a young enslaved boy named Yanko. The entire play recounts their rather one-sided conversation.

The conversation begins by showing Granier’s obtuse ignorance of his own prejudice. He states that he has “no prejudice of caste” and that this is why he will allow Yanko to stand and fan him with a palm leaf while they talk. He asks Yanko, “Are you happy?” Yanko responds, “Well, no, good white sir.” Granier is annoyed to hear this response and complains, “Oh, this race is never happy.” Yanko meekly contends that it is because he is beaten. He suggests that slaves might work more if they were beaten less. Granier, shocked, accuses Yanko of having “insurrectional ideas.” He uses the names of Haitian revolutionary leaders as insults. Yanko’s responses could not be more deferent. He states that he wouldn’t dare dream of freedom as if it were a real possibility and would only bow down at the feet of the person who broke his chains. Nonetheless, every response that Yanko offers further confirms Granier’s belief that slavery is necessary. The play ends with Granier telling Capo to write: “After scrupulous study and the most conscientious investigations, we are convinced that slavery is the natural state of the black beast…” Granier’s last words are: “Anti-abolitionism pays!”

The complete futility of Yanko’s conversation with the Frenchman was feasibly hilarious to Haitian readers. It highlights the “damned if you do, damned if you don’t” situation in which France’s slaves found themselves. No matter how pleasant or deferent they were, the (formerly) enslaved’s experiences were never heard and only used to further confirm the opinion of the colonizer. Mr. Granier and his Assistant honors Haiti’s postcolonial status by demonstrating the impossibility of escape for those still enslaved in Guadeloupe. In a less overt way than many other early Haitian texts, this play argues for the vital role that national independence played in Haitians’ ability to find respect for their own intellectual ideas and experiences as humans.

This play offers a perspective on postcolonialism that was perhaps unique to the nineteenth century and Haiti in particular: don’t bother trying to articulate the “post” part of postcolonial to the colonizer. Haitians were speaking a language incomprehensible to those in power; neither waging a war of independence nor acquiescing to colonial hierarchies could result in respect for their humanity. Postcolonialism, this play suggests, would have to be forged through national independence and, perhaps most effectively, a kind of national independence not recognized by the former colonizer.

Note: Dr. Curtis has translated Mr. Granier and his Assistant from the French into English. The play will be read at Wellesley College’s Newhouse Center for the Humanities on December 8, 2014.

Lesley S. Curtis holds a Ph.D. in Francophone Studies from Duke University and is currently a Mellon Postdoctoral Fellow at Wellesley College’s Newhouse Center for the Humanities. She, along with Christen Mucher (Smith College), is the author of an English translation and scholarly edition of Haiti’s first novel Stella by Emeric Bergeaud (1859), forthcoming with New York University Press. Lesley has also published an edition of four French novels about the Caribbean and is finishing a book manuscript on the relationship between Haiti and France in the nineteenth century. You can find out more about her work here and follow her on Twitter @ProfLCurtis.