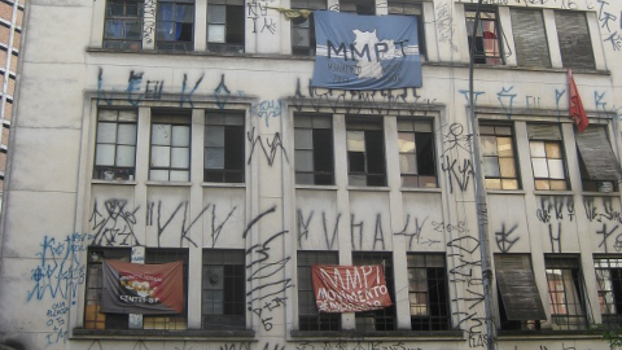 With only a few days left before Brazil’s presidential election on October 5th, and so many important social issues under scrutiny (see this review, for example), the political and ideological novela of Brazil remains a cliffhanger. Instead of prediction and pontification on the federal level, I will discuss a policy turn on a somewhat smaller scale, the municipal level of São Paulo. Current events in the huge city provoked me to consider the following: what happens to a society when urbanization is completely driven by profit? If there is to be any social development of urban space, what might that look like?

During my last stay from May to August of 2014 something unusual occurred, the mayor of São Paulo created the “Directive Plan” (Plano Diretor, referred to for the rest of this essay as PD), a new complement to the City Statute (2001). In fact, it was far from a solo effort on the part of Mayor Fernando Haddad (PT). Rather, over nine months of debate, involving 114 public discussions (audiências públicas) including directly more than 25,000 residents, the urban development plan was created on June 30, 2014 and signed into law on July 30th. With a mandate of sixteen years to “humanize” urban development, valorize the environment, bring urbanization more in line with “social function,” and to support “cultural initiatives,” the PD experiment in São Paulo deserves everyone’s notice.

Yes, we’ve gotten to that point. For generations, ever since the boom of industrialization and the great modernist wave of roller coaster finances thrust São Paulo into the economic limelight in the early 20th century, the city has lacked a serious plan. Urbanization has occurred for the most part in function of real estate speculation with millions of displaced, migrant residents improvising residential and commercial spaces as well as basic services such as electricity, water and transportation. São Paulo has taken shape as a result of short-term deals amplified by a massive infrastructure of commercial media rather than sustained socio-geographical plans.

Why the PD now? There has been a change from above and below. Namely, Haddad has been comparatively more proactive than previous labor party or progressive mayors, i.e. Marta Suplicy (2001-2004) and Luiza Erundina (1989-1992). Taken overall, São Paulo city administrations have overtly supported “wild west” development combined with repressive police forces to control popular protests. The Worker’s Party or anything like it rarely wins in São Paulo. Perhaps, a more important change has been the grassroots attitude and organization around the issue of housing or moradia. Occupying and repurposing abandoned buildings for residency and cultural centers have become commonplace these days, especially in downtown districts but also in some periphery neighborhoods. Groups such as FLM (The Struggle for Housing Front) and MTST (Homeless Worker’s Movement) have been central players in raising awareness of the increasingly urgent issues regarding housing and real estate speculation.

The PD is a new, robust attempt to reestablish the “social” in urban development. Real estate speculation is a game of low to no risk for the elite who have the capital. They benefit from not only media propaganda, filled with dreamscape flyers distributed at almost every traffic light, billboards on avenues and highways, and internet sidebar advertisement, but also frequently state support. One wing of the anti-World Cup protests targeted precisely the connections between mega-event development and the rise of real estate speculation.

It is not that the political administrations of years past did not take into account urban planning. Bureaucratic bodies such as EMURB (Empresa Municipal de Urbanização de São Paulo / Municipal Company of São Paulo Urbanization) have existed for decades. Created in 1971, EMURB’s objectives were to use public funds in the service of renovating historic buildings such as the Martinelli skyscraper, a landmark of modern São Paulo industry and elite management. However, there was never any mention of sustainable development and very little in popular housing development beyond far-flung housing projects, which often demonstrated the worst side of populism, shoddy infrastructure resulting in quick political gain and eventual  scandal. In 2009, EMURB was divided into two public companies. The SMDU (Secretaria Municipal de Desenvolvimento Urbano / The Municipal Secretary of Urban Development) is the more pertinent agency. In May of 2013 the SMDU was reorganized in prediction of a potential PD ordinance.

In a newly designed map of São Paulo, the government has divided the city into sectors to highlight the specific goals of the PD. The categories of proposed sustainable and egalitarian development approach the problem from both micro (neighborhood) and macro (the city as whole) levels. For example, territory and society come together in one of the initiatives, referred to as ZEIS (Zonas Especiais de Interesse Social / Special Zones of Social Interest). In its current version, the project stipulates that the city will use public funds to develop up to 33 square kilometers (approx. 12.75 square miles), sixty percent of which is for families whose income is below 3 minimum wages (roughly 900 US$ a month). In contrast to previous public housing, this construction is designed not to be relegated to the periphery but rather be part of downtown and historic neighborhoods such as Bela Vista, Brás, Santa Ifigênia, Campos Eliséus and Pari. In addition, similar to a set of urbanization laws in New York City, the PD calls for a “solidarity quota,” which stipulates that any owner (corporate or individual) of a property unit with an area above 20,000 square meters (approx. 215,000 square feet) must dedicate 10% of the space to “social” housing in compliance with the City Statute. This space must be located either in that construction site or in an area in the same district.

Inspiring changes but will they stick?

In Brazil, belief in the state and law is always posed in terms of fiscalização, the tricky process of policy regulation. As noted several times in the past two months by Raquel Rolnik in her watchdog blog, there is currently a disconnect between the PD and the grounded reality of law enforcement. As signaled above, the squatters and activists certainly know what the PD entails, since they and their representatives contributed to its formulation. However, the same cannot be said for the police or, unfortunately, many judges as they continue to ignore or refuse to accept the concept of the city’s social function. For real estate investors the “social function” of urban planning represented by the new PD is a drain on profit and an unwarranted obstacle to development. This cadre has plenty of mouthpieces at their disposal to blame the city for causing speculation. Brutal irony meets feigned ignorance.

The vision of the Plano Diretor is that a city must be organized as a human right not an economic resource. A city cannot be equated to diamonds or internet technology. For government, this sort of entrepreneurial development is of secondary importance. Rather, the primary function of city management should be the allocation and regulation of space as a contributing gesture towards the common good. Given the fact that the majority of us now live in cities and that this trend will only intensify, we all indeed have a stake in what happens in São Paulo.

Derek Pardue holds a PhD in Cultural Anthropology and is currently an Assistant Professor in Brazilian Studies at Aarhus University in Denmark. He has conducted research in São Paulo since 1995 with two visiting positions at University of Campinas (2010) and the Federal University of São Carlos (2014). His two books include:  Brazilian Hip Hop and Ruminations on Violence. A third book, “Creole Citizenship” forthcoming with University of Illinois Press in 2015, discusses identity politics and diaspora among Cape Verdean youth in Lisbon, Portugal. Derek has published on a wide range of topics in leading social science and humanities journals. A selection of texts can be accessed here.