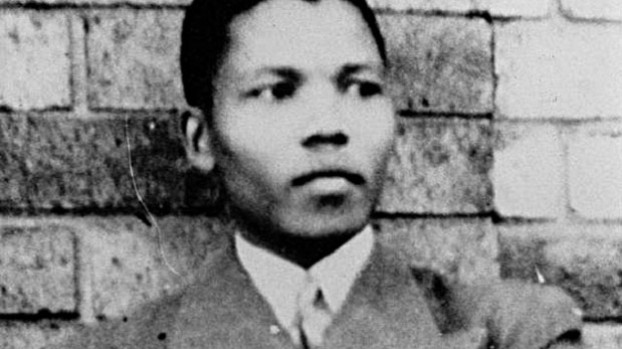 There is an overwhelming sense of pride that comes with being South African. Wherever I go in the world, the shadow cast by Nelson Rolihlahla Mandela envelops me and my countrymen and women. When I meet people, I see the hope that he imbued in all of us reflected in the eyes of those to whom I’m speaking. Through me, they feel closer to his magic. This global affect is the real strength of his power: that while his inspiration flowed to us all as South Africans, it was also able to transcend our borders to humanity at large. His power, one not assumed through birthright or through the use of excess force, was one that the world’s people bestowed upon him in a truly democratic manner.

Our nation’s mourning after his passing impacted the South African psyche in strange and unexpected ways. On the one hand the nation knew that Mandela’s death was imminent; on the other, when word was received of his passing, there was a tangible sense of loss. We as a people found a gap of unimaginable size in our consciousness, one that would probably never again be filled in our lifetime. Particularly for South Africans, Nelson Mandela represented the fiction that comprised the core foundation of our modern nation state. Who are we without our symbol of justice, dignity, equality, freedom, humanity?

Mourning Mandela has again united South Africans as they pay tribute to the father of our modern nation. However, unlike gatherings of a similar magnitude that occurred during the earlier years of democracy, Mandela’s passing coincides with the country ushering in almost 20 years of democratic rule. Gatherings during the Mandela era heralded signs of hope and a vision of creating a society built on the foundation of dignity. Yet, democracy has not brought with it the accompanying elements of justice and equality, as South Africa has quickly become the most unequal country in the world. We have become accustomed to the regular spurts of protest action, which appear to have increased with escalating violence over recent years. While these past days have been largely celebratory, there also seems to be a looming feeling in the air that this may well be the last occasion that South Africans unite in common humanity.

“Madiba magic” has allowed South Africans the privilege to overlook our inadequacies. Each faction of society can genuinely identify with some aspect of the man Mandela was. The visionary leadership and wisdom of the African National Congress (ANC) liberation movement, which cautiously strategised South Africa’s revolution, housed a leadership that listened to the heartbeat of the country’s oppressed people and was able to unite them in spite of the barriers that apartheid attempted to impose on them. This leadership responded quickly and effectively to the needs of its people. It pushed ideological boundaries and resorted to force where necessary, yet remained firm in its ideals. Most importantly, the ANC instilled in its members and followers the identity of global citizenship and an understanding that the struggle against apartheid was in solidarity with all of the world’s oppressed people. Through literature, music and art, dignity was reclaimed despite the apartheid regime’s every attempt to rip it away. The message transcended the distance that eventually separated the movement from its leadership.

Nelson Mandela was indeed a complex man. He was a patriarchal Xhosa chief, yet an ardent advocate for gender equality; a traditional family man who supported gay rights; and a commander in chief that understood the need for armed resistance in the quest for peace and justice. He was a rare example of the essence of human rights activism, a man who had the ability to separate the personal from the political in the fight for a unified and democratic South Africa.

However, as a young South African who grew up amid the country’s liberation movement, I am both saddened and angered that the complexities of Mandela as a fellow human being who was diverse in his identity, have been largely overlooked in order to appease a political agenda. The image of the awe-inspiring, all forgiving grandfather has also absolved those who previously benefitted from apartheid and continue to do so, as well as the elite few who gained substantially from the transition to democracy and who have avoided interrogating the depths of their privilege. The promise of wealth redistribution articulated in the Freedom Charter for which millions of South Africans sacrificed their lives has thus been halted in preference of maintaining power by all means possible. Part of Mandela’s purpose in forgiving his oppressors was to free them from the burden of guilt imposed by a system that effectively denied white people their dignity too. And yet, many have interpreted this act to mean that apartheid no longer bears any relevance to the development of modern day South Africa.

History has a tendency of being whitewashed as holders of authority pursue the maintenance of power. As the face of the ANC, both locally and abroad, the image of Nelson Mandela was always carefully crafted by the party leadership in order to achieve the specific objectives of the time. His identity became inseparable from that of the movement and from his vision for South Africa and the world – a remarkably selfless act that has escalated a mortal human being to super human status. It is the nature of this sacrifice that resonates deeply with me as an individual who is now able to forge my destiny on my own terms. Thanks to the sacrifices of others, I am completely in control of and responsible for the choices I make as I embark on my own journey towards my life’s purpose.

South Africa now moves into the post-Mandela phase. It presents an opportunity for the country to set its own path inspired by the teachings of Mandela, but without the accompanying pressure of having to live up to the world’s expectations. The structural fissures that have emerged and somewhat deepened as a legacy of apartheid now need to be unapologetically addressed. Mandela’s message of forgiveness cannot be mistaken as forgetting all of the horrors of the country’s past. Ironically, the pride that comes with being a product of the Mandela generation has also resulted in many South Africans assuming a position of arrogance, as Mandela’s legacy is manipulated to maintain the status quo. A rising prevalence of South African exceptionalism with regards to the rest of the African continent, in addition to entrenching the positions of an elite minority at the expense of the country’s millions who remain oppressed in poverty, are cause for concern.

There needs to be acknowledgment that without economic liberation and the attainment of basic rights for all, we cannot develop a society based on the foundation of human dignity. If the socio-economic barriers that currently prevent the majority of South Africans from living a dignified life are not adequately and effectively addressed, Mandela’s image, as well as his teachings, will sadly become irrelevant and ultimately forgotten.  At a recent interfaith memorial service hosted by the Nelson Mandela Foundation, ANC veteran Tokyo Sexwale stated:

“Now that the prophet’s lips are sealed and his body is about to enter the ground, which of his disciples will step forward and speak out for human rights, freedom, equality and social justice?”

Thandiwe Matthews is an attorney with a strong passion for human rights and social justice, who has worked in both the private and public legal sector in South Africa. In 2012, she completed a Masters in Development programme at the International Institute of Social Studies based at The Hague, specialising in Human Rights, Development and Social Justice. Having recently returned to South Africa, she is now a Senior Legal Officer at the South African Human Rights Commission.  She writes this piece in her personal capacity.