“…the upshot is that while we now feel we know nearly everything that African states societies, economies, are not, we still know absolutely nothing about what they actually are…” (Mbembe 2001:9)

This collection of photographs, taken during recent visits to my native Sierra Leone, are part of a continuing effort to help others see a bit more of the everyday in Africa through my subjective eyes –behind the objective lens of a camera, of course.

The images are not intended to (UN)change anyone’s perceptions of the beautiful, diverse, and vibrant continent of over fifty(50) separate, independent countries that constitute AFRICA.

Such (r)evolutions are best left to western media and (ma)paternalistic observers who continue to distill their (in)versions of Africa.

We, Africans, do not often get the opportunity (or take the time?) to interpret the sights or sounds of our countries, as we see fit, in order to resist the uniform exaggerations of an exotic, faraway place ravaged by poverty, starvation, disease and conflict.

As Mbembe asserts, “… there is language that every comment by an African about Africa must endlessly eradicate, validate, or ignore, often to his/her cost, the ordeal whose erratic fulfillment many Africans have spent their lives trying to prevent…” (Mbembe 2001:5).

Everything takes place within the context or contours of the preceding or existing discourse.

Hopefully, these glimpses do not nullify that greater purpose…

All photographs courtesy of Fodei Batty 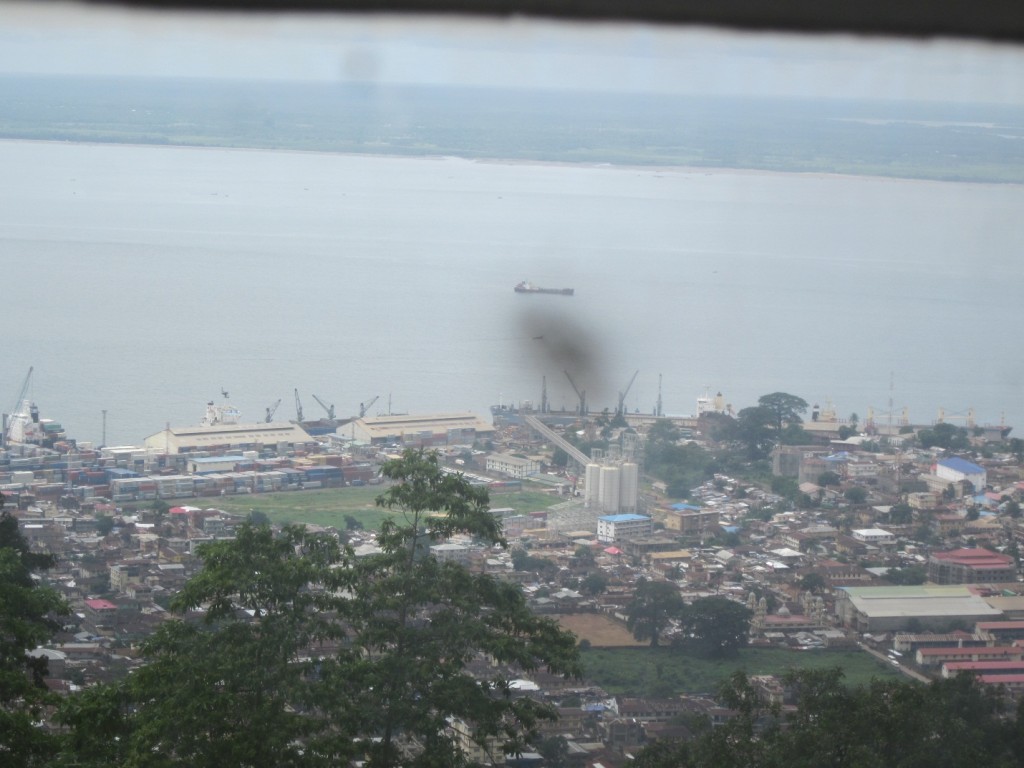 Although the Queen Elizabeth II quay is said to have one of the world’s deepest natural harbors, the presence of such a fine seaport has only expedited the exploitation of Sierra Leone’s natural resources by various multinational mining companies who use its fine services to ship commodities out of the country. 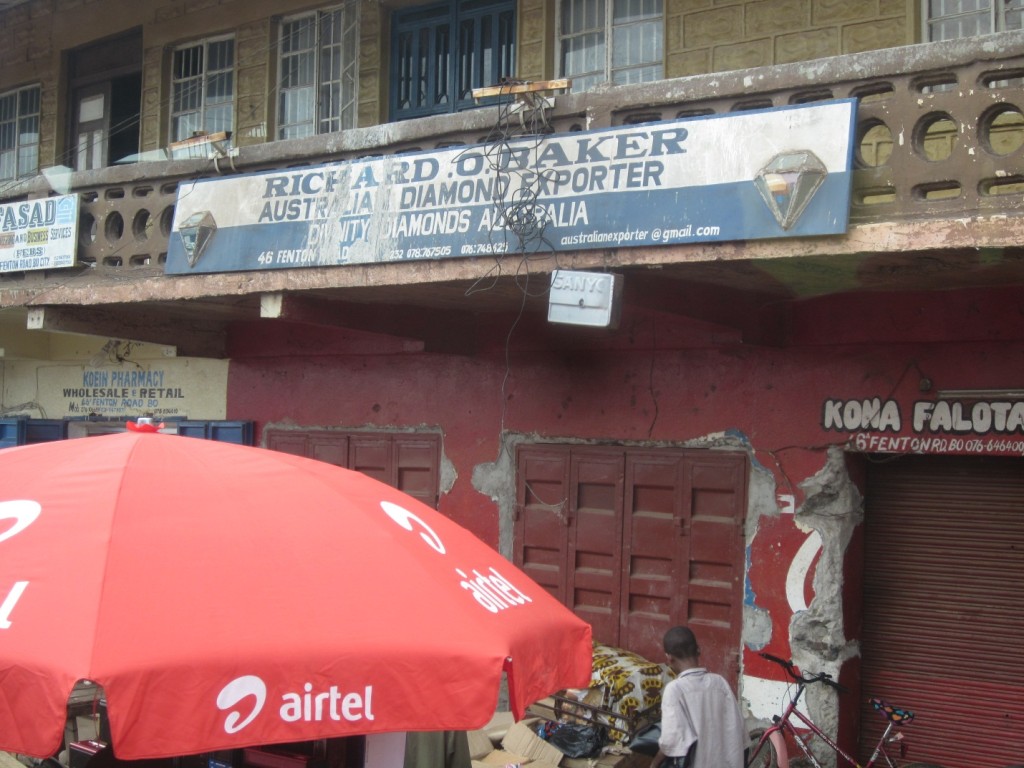 You, too, want a piece of me? An Australia diamond merchant seeks his fortune in the Postcolony. 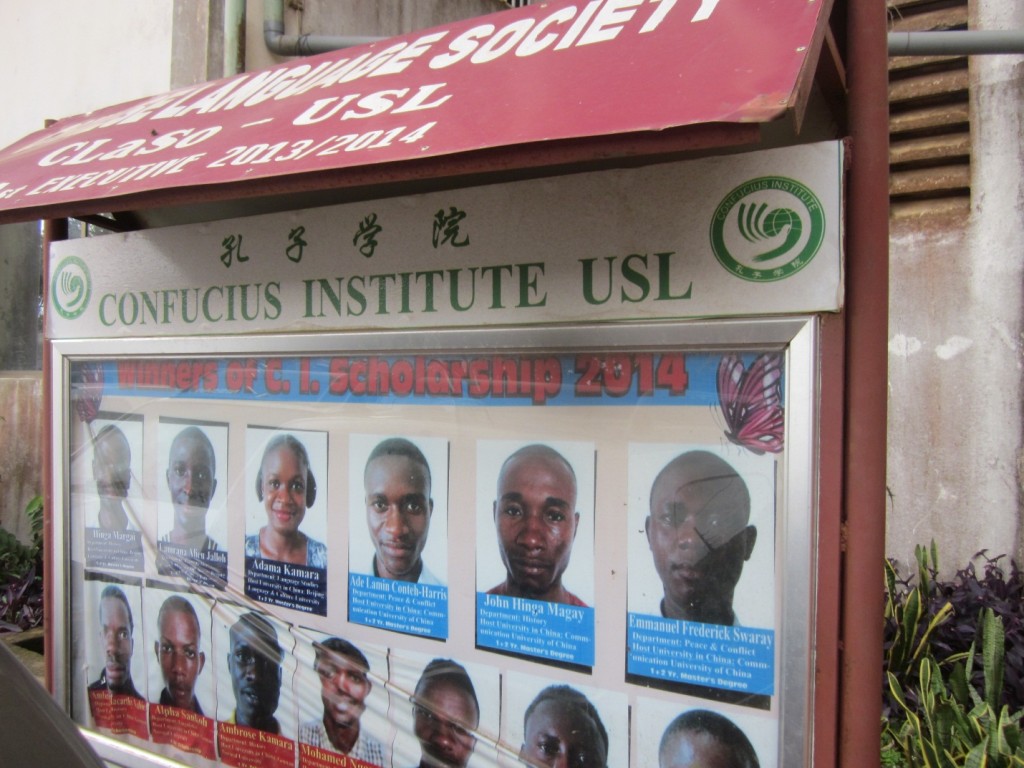 From North-South to South-South domination? These students at the University of Sierra Leone were the “lucky few” who won scholarships to study the Chinese language at universities across China. They will be excellent speakers of the Chinese language, for the future. 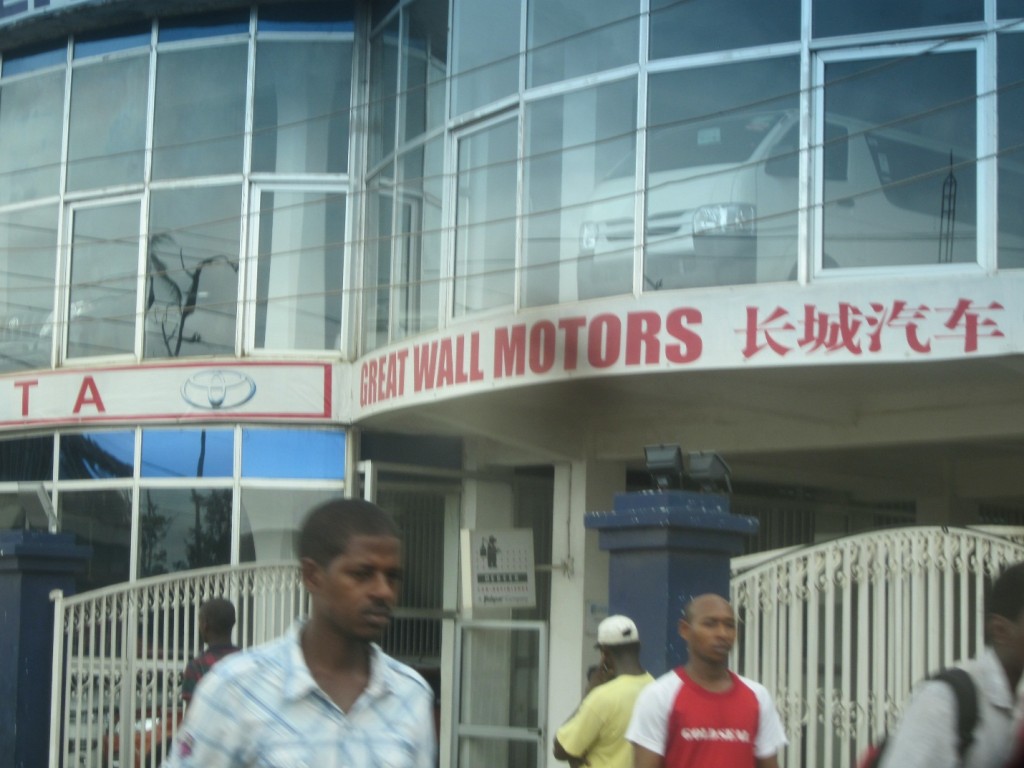 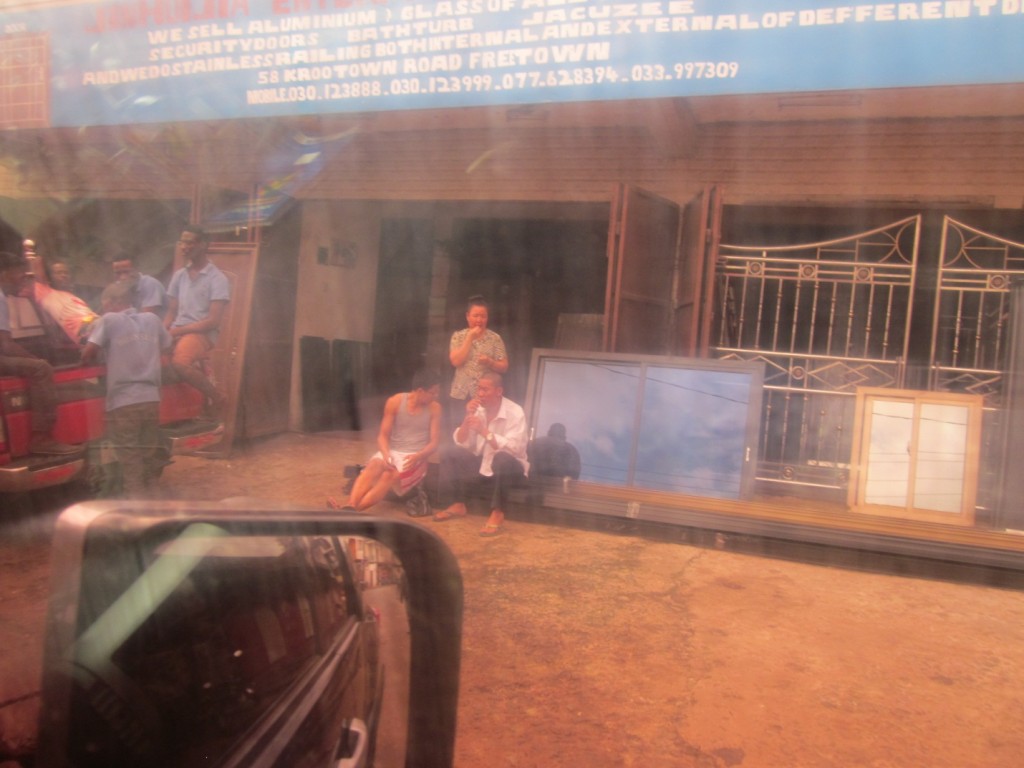 The Chinese are busy in Africa. Here a Chinese expatriate family hangs out in front of their store in Freetown as their employees also lounge rather idly nearby 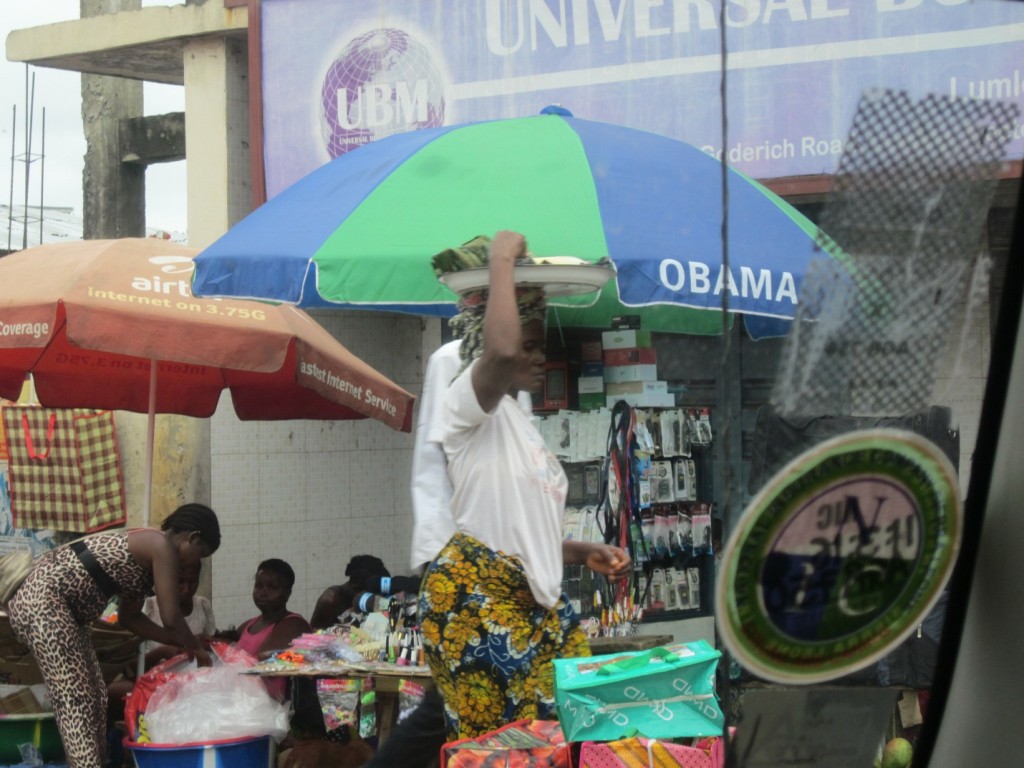 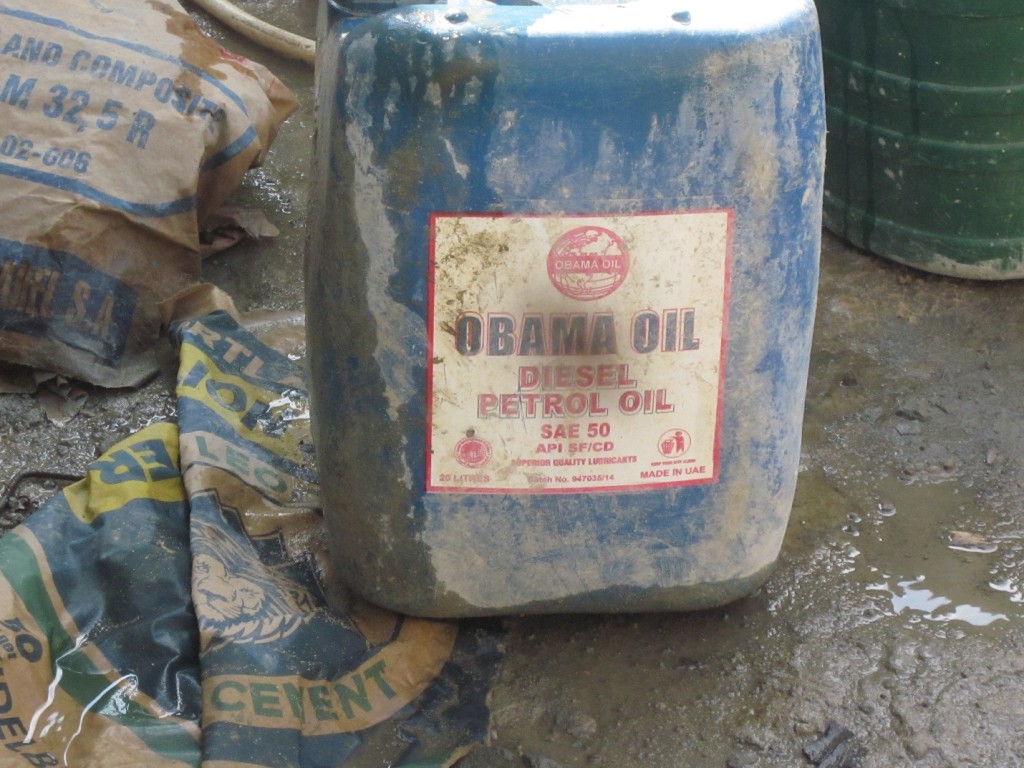 Sierra Leone is a place in search of heroes and inspirational figures. Most Sierra Leoneans tend to look elsewhere because examples of good leadership within the country are rare. Hence, President Obama’s popularity across the country. Everything emblazoned with his name is an instant bestseller. The photograph of an umbrella carrying President Obama’s name next to a woman carrying her wares on her head and his name on a jerrycan are all evidence of the president’s popularity. 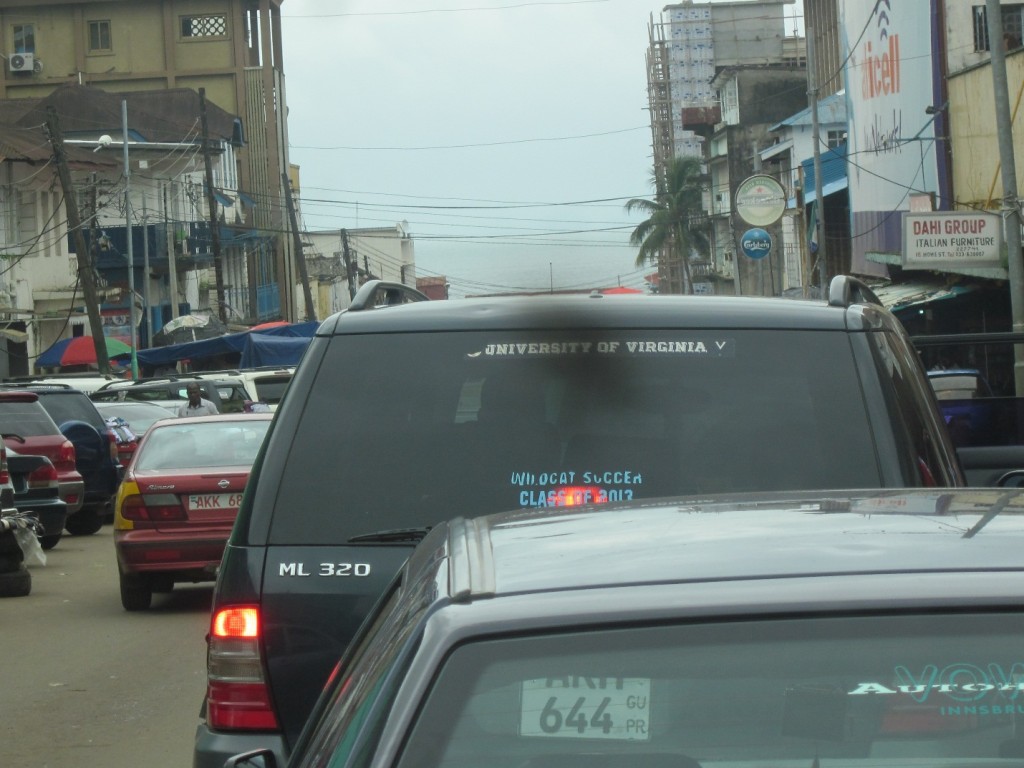 A huge market for used cars; you cannot miss America’s finest anywhere you go on the streets of Freetown 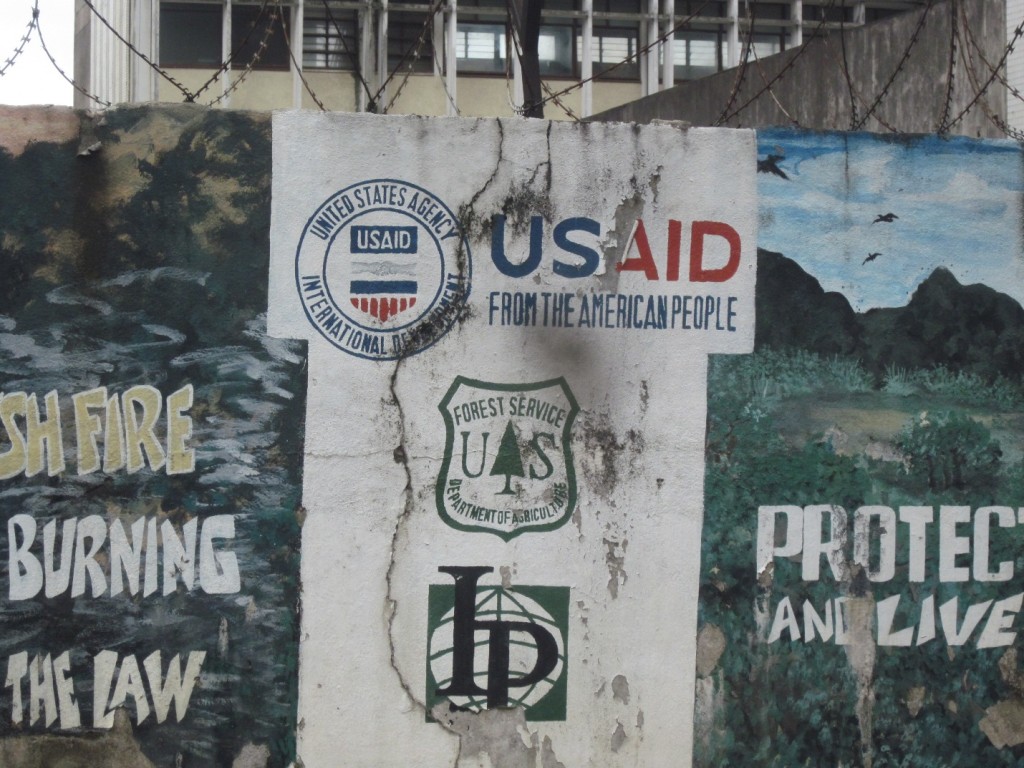 A popular sign across the developing world, all USAID-funded projects carry the questionable phrase “from the American People.” This one was stamped on a wall commemorating American support for a project preventing bush fires in the Postcolony. 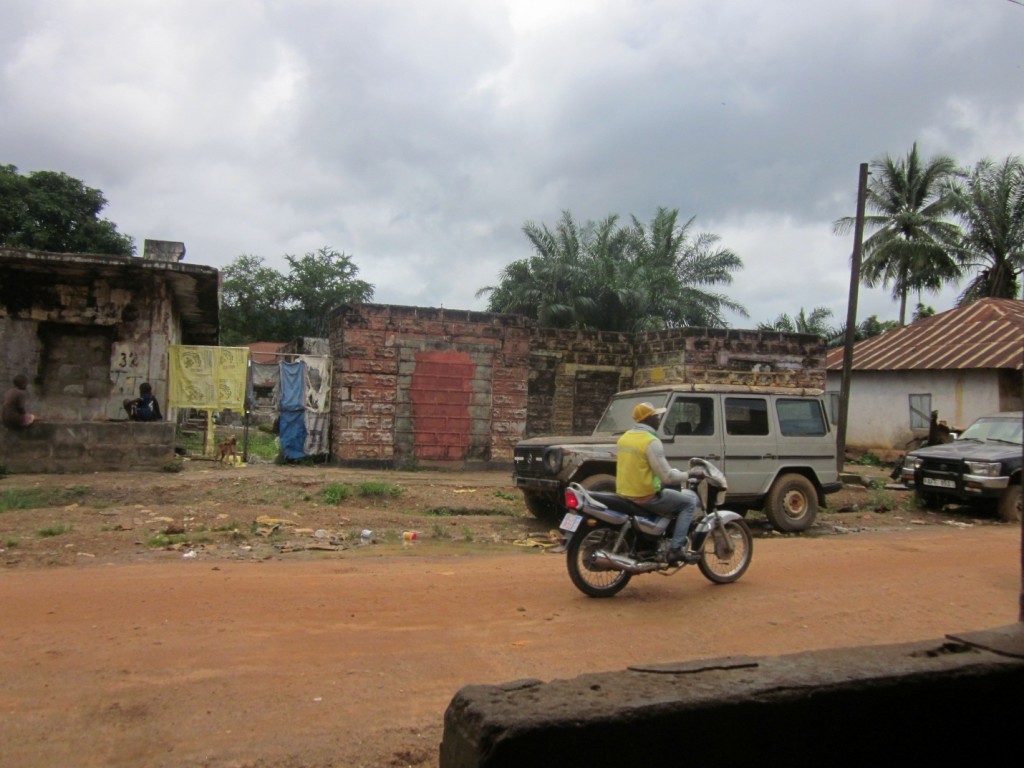 Even though the war ended thirteen years ago, the landscape across Sierra Leone is still littered with the bitter memories of war –warscapes 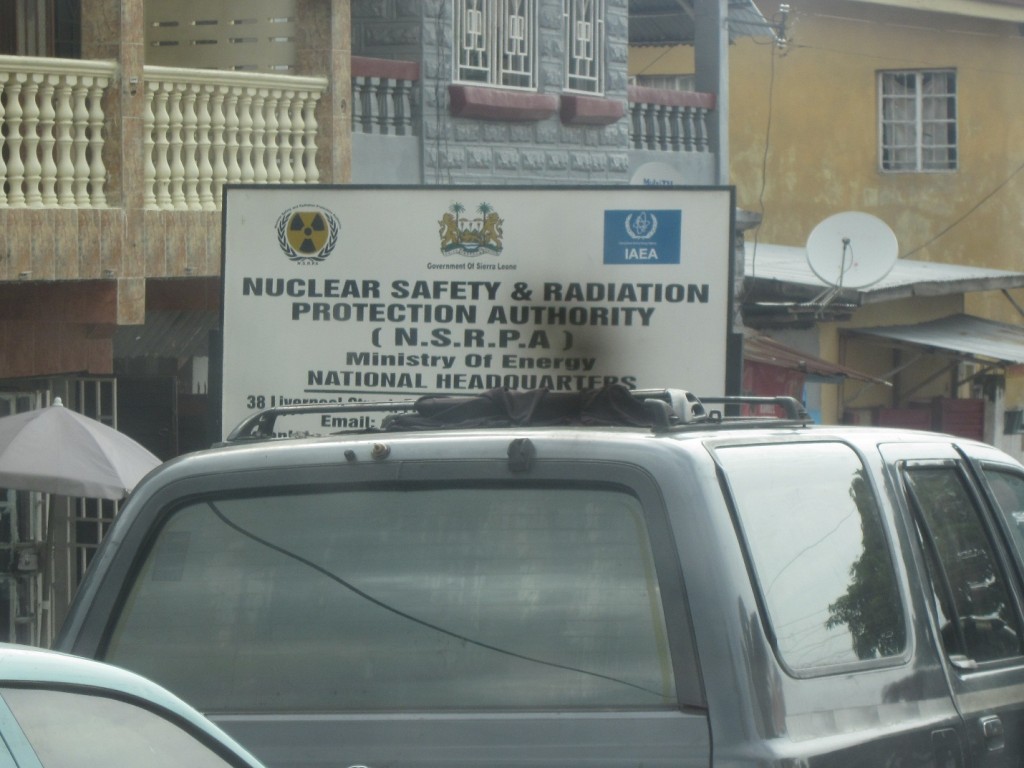 The postcolony is rife with contradictions. The sign on this building made for one head scratching moment. Nuclear energy in a state that has not found a way to provide sufficient thermal or hydroelectric energy to its people a century after the invention of electricity? 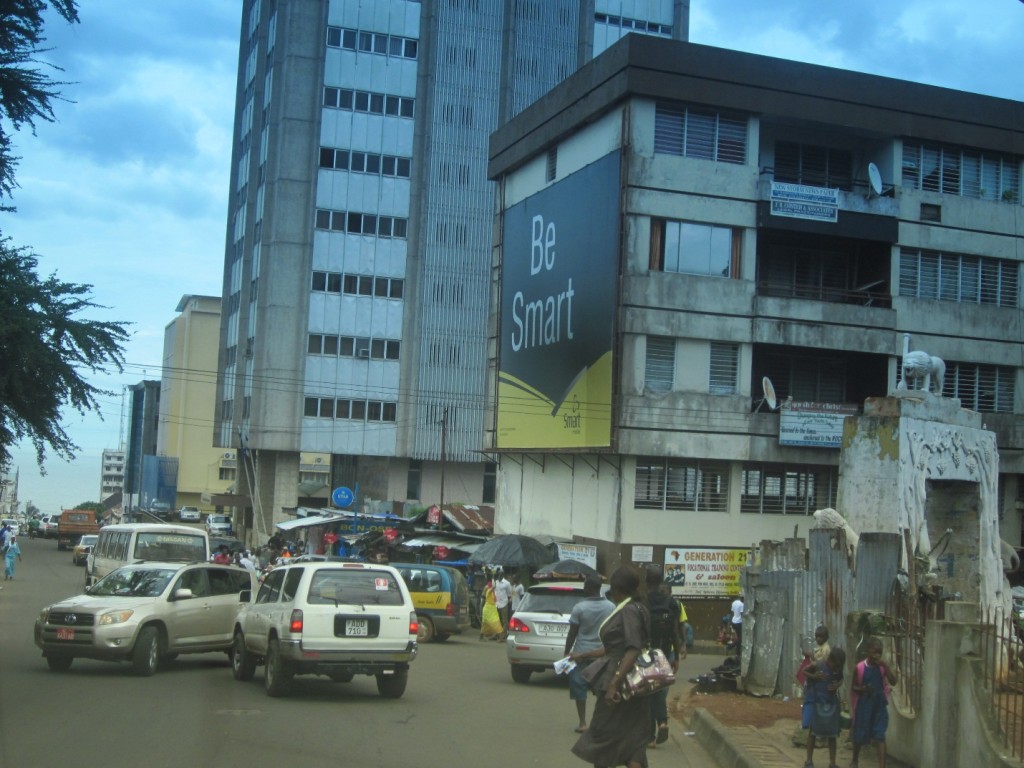 The sign on this nearly decrepit building in the heart of Freetown says it all: BE SMART! — Freetown, Sierra Leone, July 2015

Philadelphia Medical Clinic in Sierra Leone: another sign that says it all — Freetown, Sierra Leone, July 2015 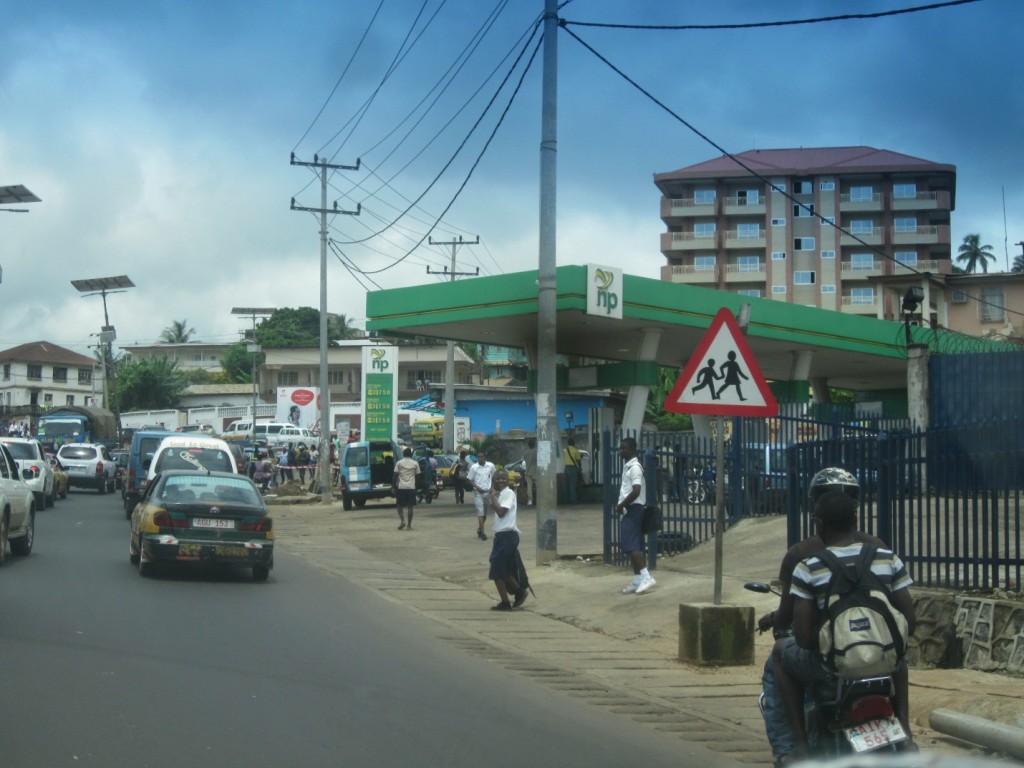 This sign struck me as quite ironic because the constant flow of traffic does not allow children to cross the road safely on this busy street in the west of Freetown. 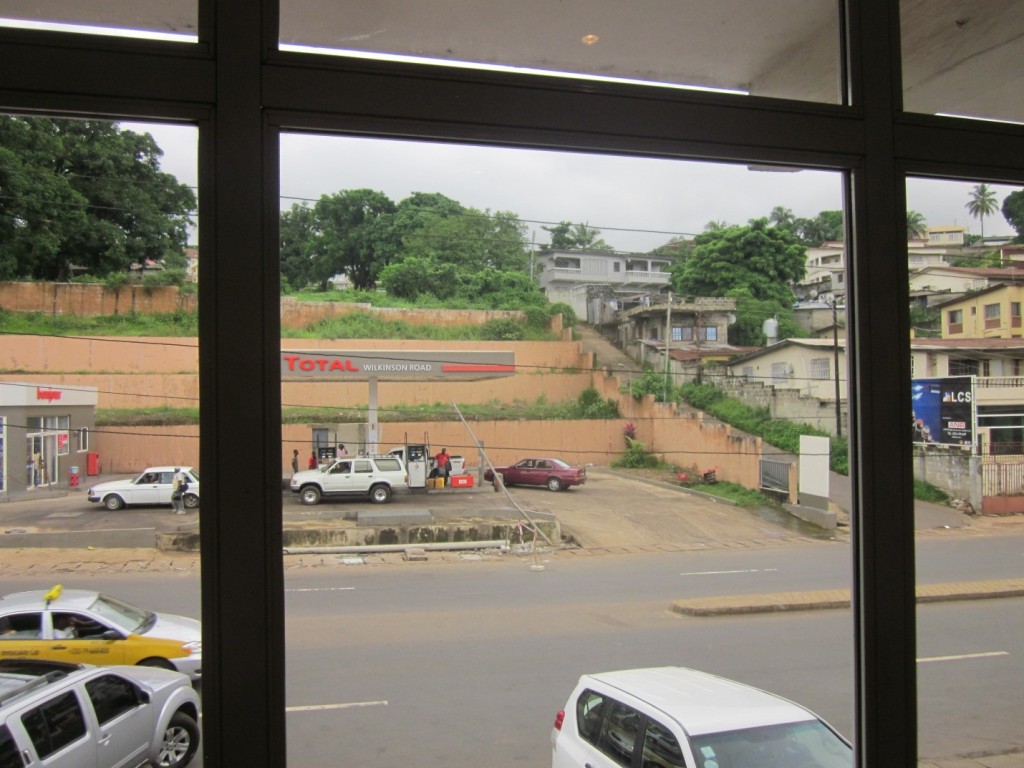 A Total gas station. Next to residential dwellings… 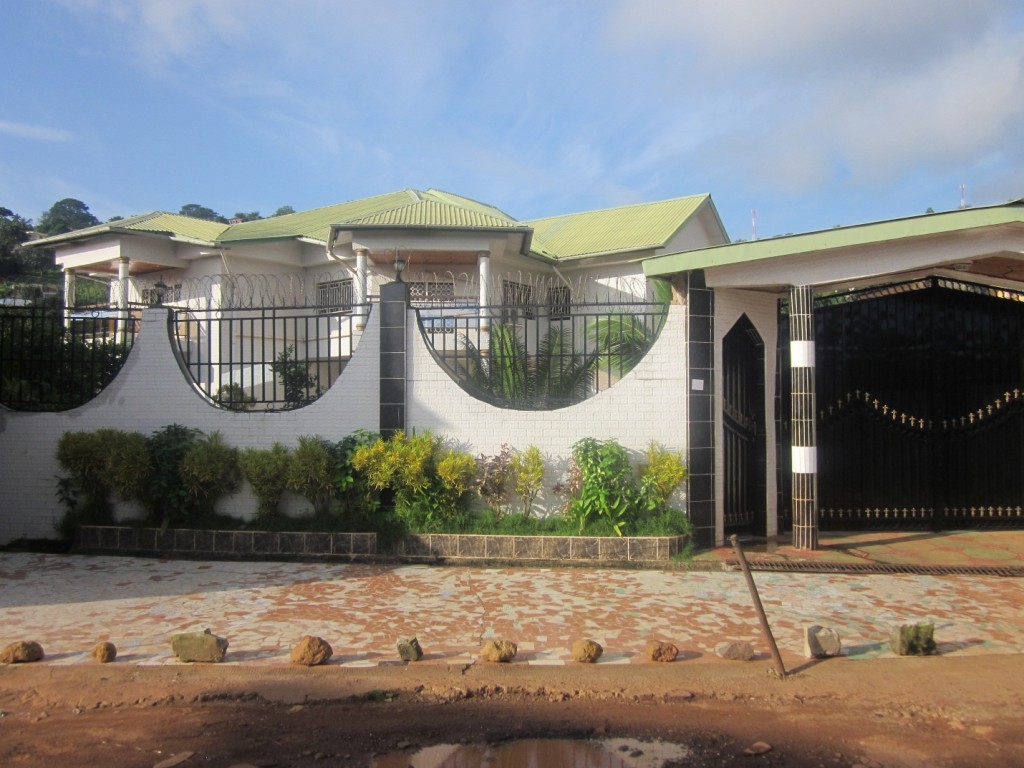 The lifestyles of the rich and shameless contrast sharply with others: a mansion in Freetown — Freetown, Sierra Leone, July 2012 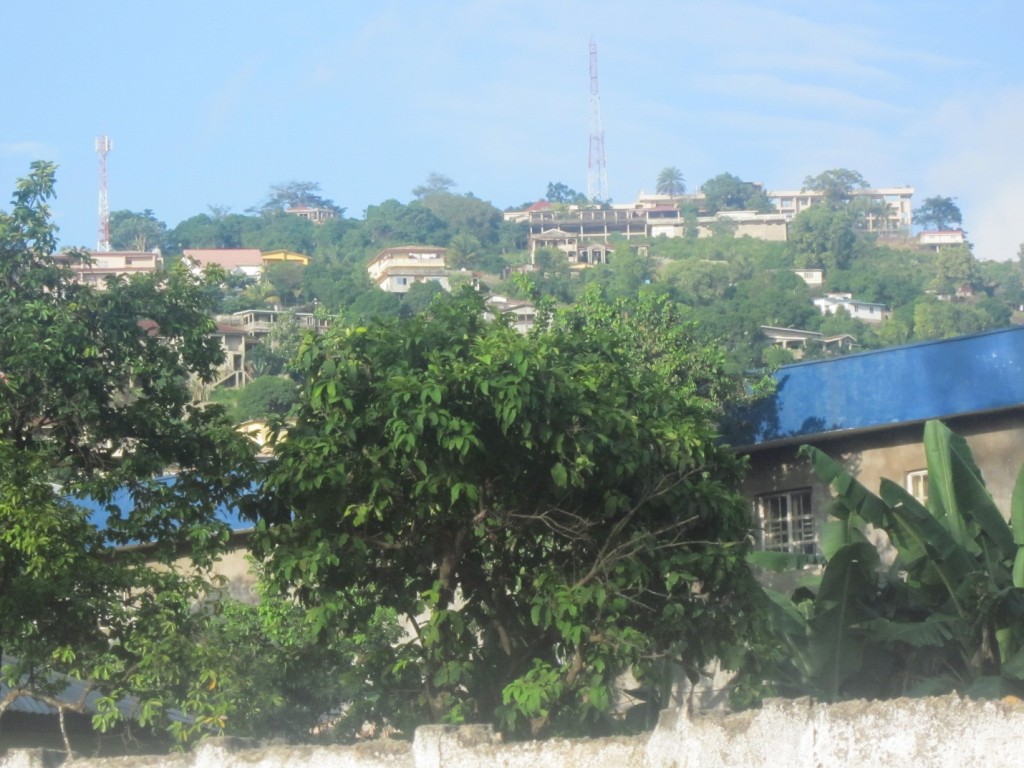 You see what you want to see in the postcolony. There are mud huts, diseases and poverty galore but there is also what you see above. In some cases, those who live here are responsible for the conditions of those who live where capitalist western media would like to divert your attention. 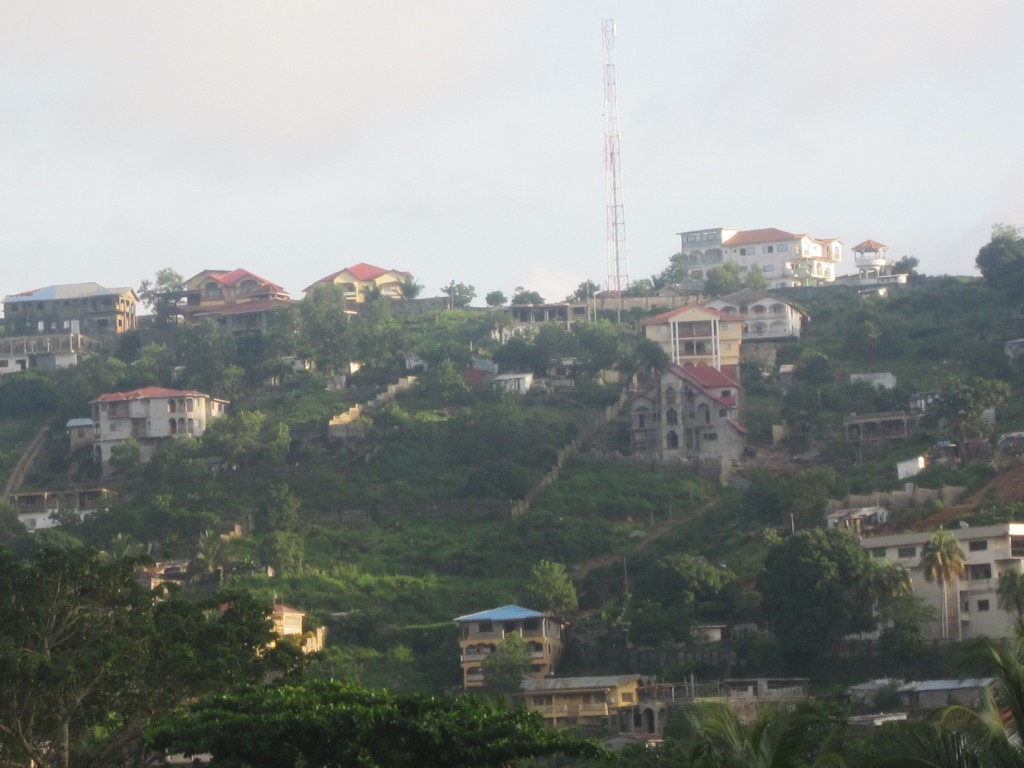 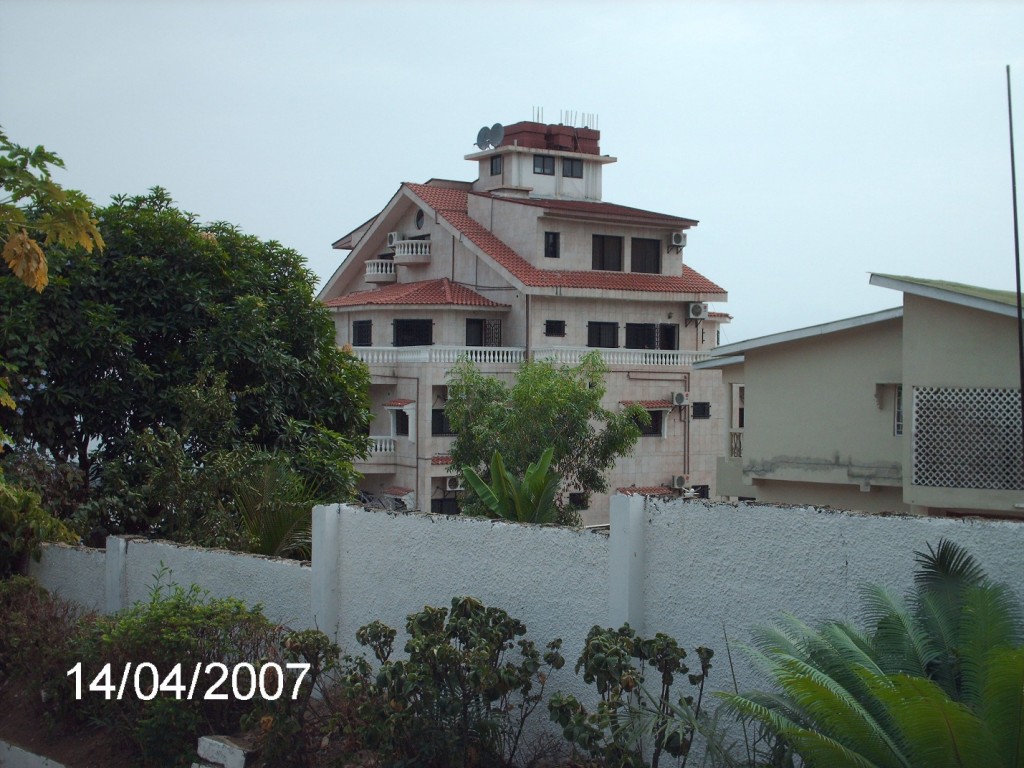 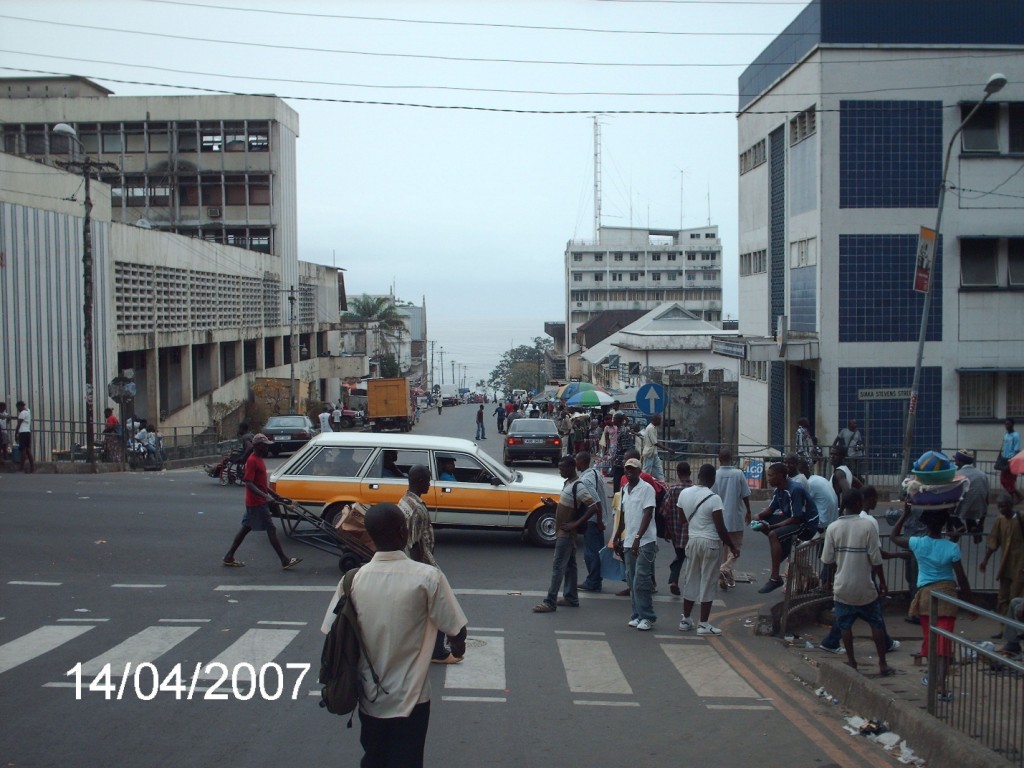 There is also the everyday. 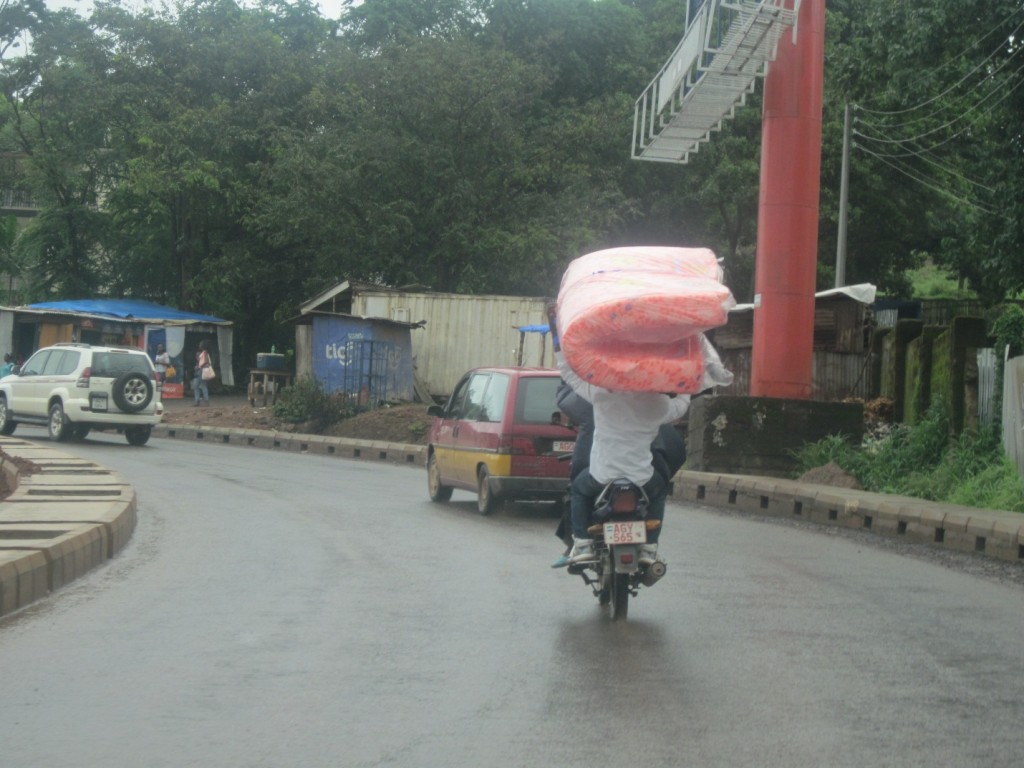 Ingenuity is evident everywhere on the streets of Freetown. This is the postcolony, after all. 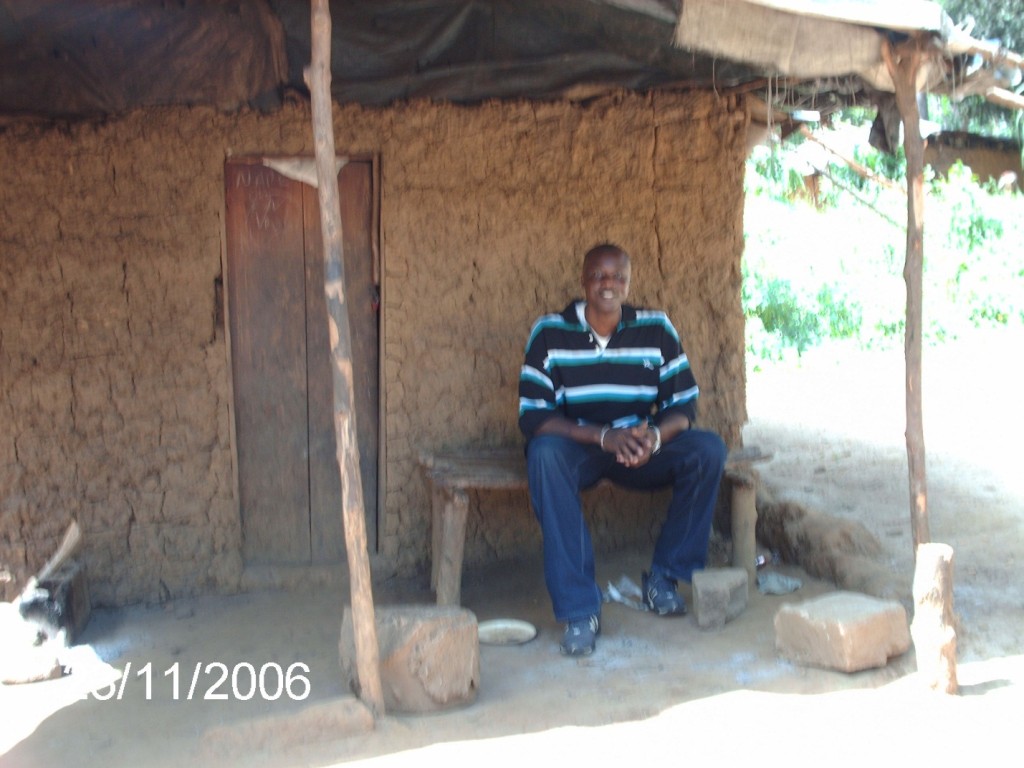 Perception is not reality. I could choose to show you the above… 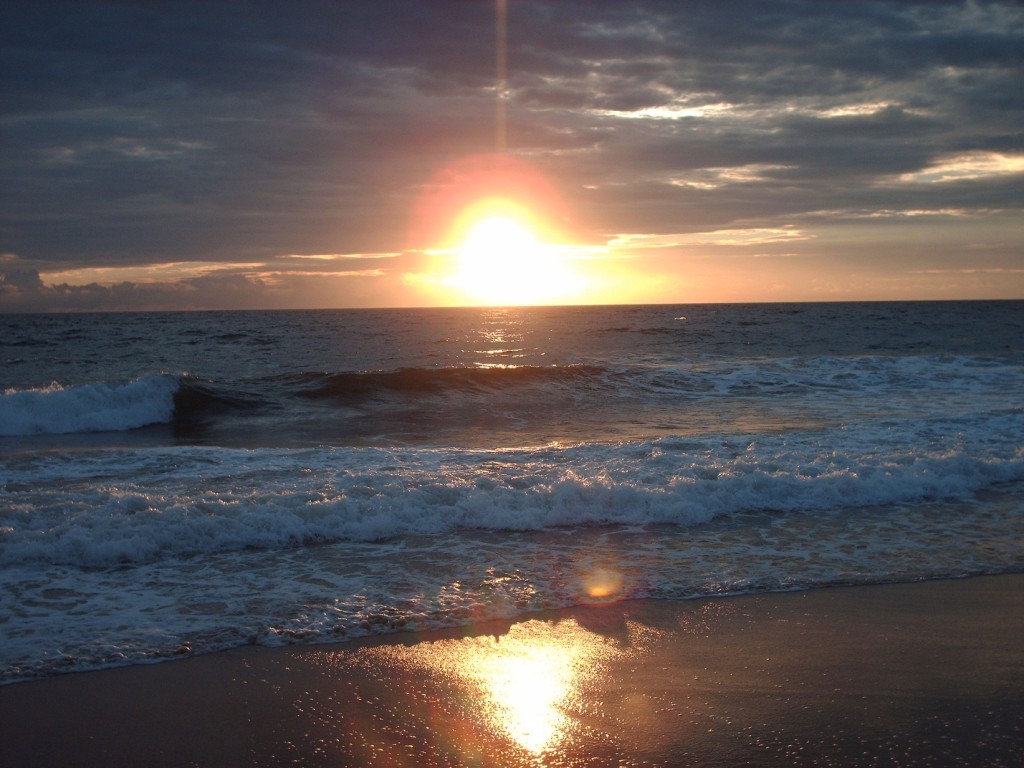 So, you see? My photographs have just played tricks on you by showing you the AFRICA that I want to show you! Perception is not reality…